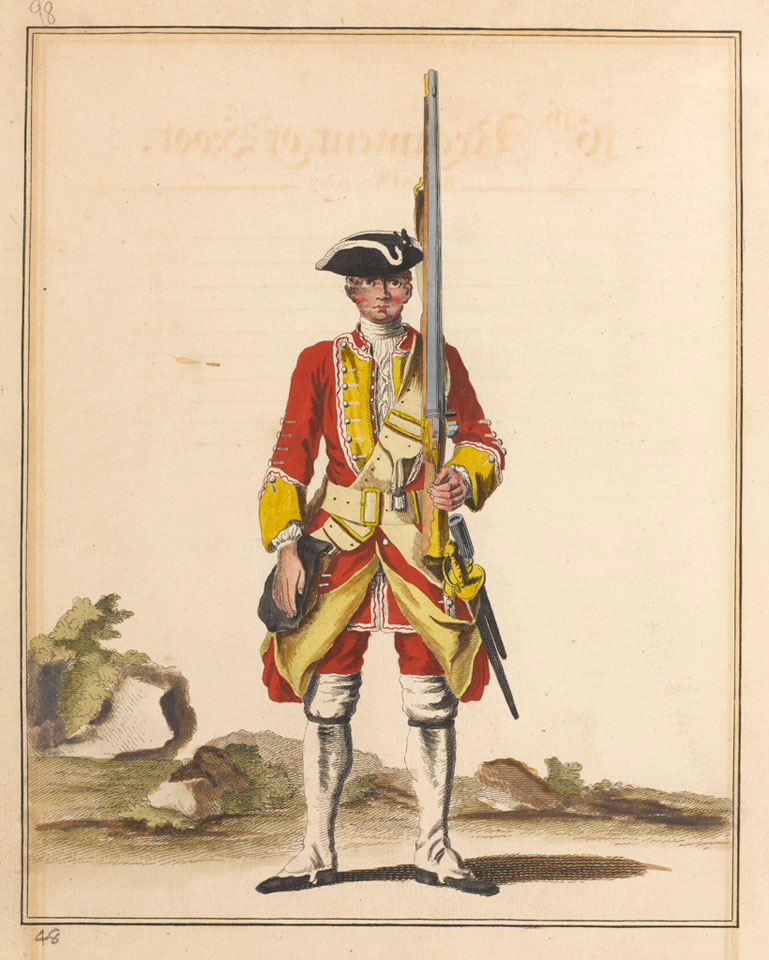 Although still named after its then colonel, Lieutenant-General Roger Handasyde, this regiment was ranked as the 16th Foot in the 1740s. In 1751 the number 16 was officially incorporated into the regimental title. In this period the uniform was red with deep yellow facings.