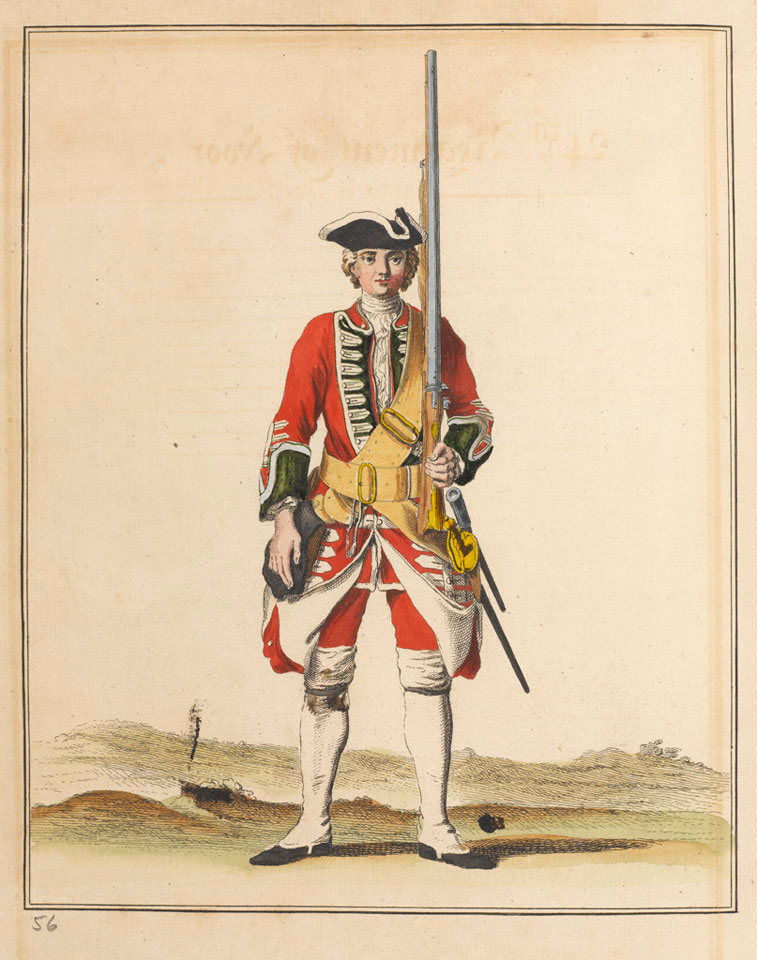 This unit was raised by Colonel Sir Edward Dering in 1689. It was known by the names of its colonels until 1751 when it was re-titled as the 24th Regiment of Foot.

The regiment's redcoats were distinguished by dark green facings (cuffs, lapels and tales) and this gave rise to the nickname 'Howard's Greens' after Thomas Howard, their colonel from 1717 to 1737.