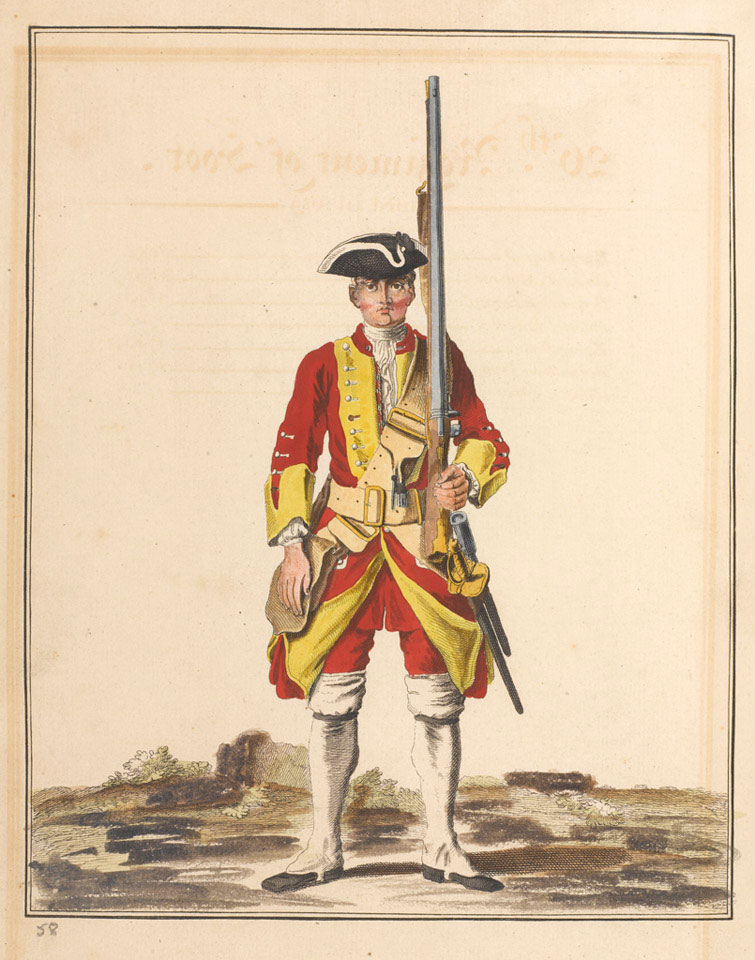 Engraving from 'A Representation of the Clothing of His Majesty's Houshold [sic] and of all the Forces upon the Establishments of Great Britain', a volume of 104 coloured engravings, published 1742 (c).

This unit was raised in 1688 as The Cameronian Guard. It changed its name to the 26th Regiment of Foot in 1751, although it had already been ranked with that number for several years.

Although the regiment originally had white facings, by the time of the 1751 uniform standardisation it had adopted yellow facings to its red coats.