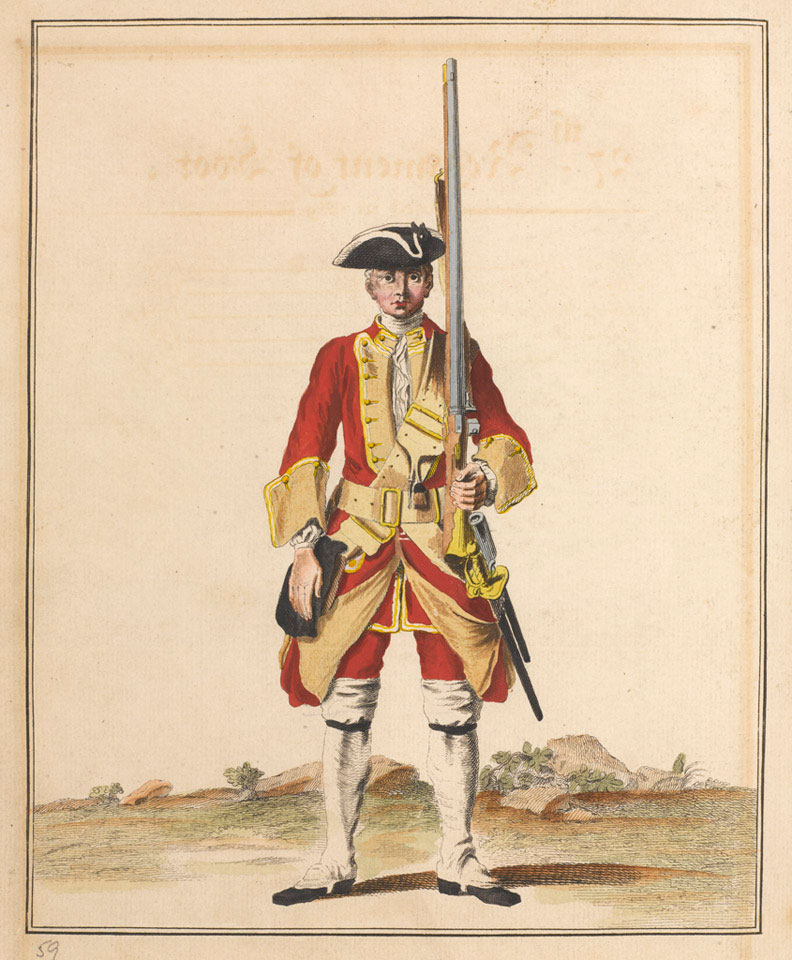 Engraving from 'A Representation of the Clothing of His Majesty's Houshold [sic] and of all the Forces upon the Establishments of Great Britain... 1742', a volume of 104 coloured engravings, no details, published 1742 (c).

This regiment was raised in 1689 to defend the Protestant town of Enniskillen (or Inniskilling) during the Nine Years War (1688-97). In 1747 the regiment was officially granted the numeral 27 in its name, although it had been ranked by that number for several years previously. In 1751 'Inniskilling' was also formally incorporated into its title.

Its uniform included a red coat with buff coloured facings on the cuffs, collar, lapels and coat tails.