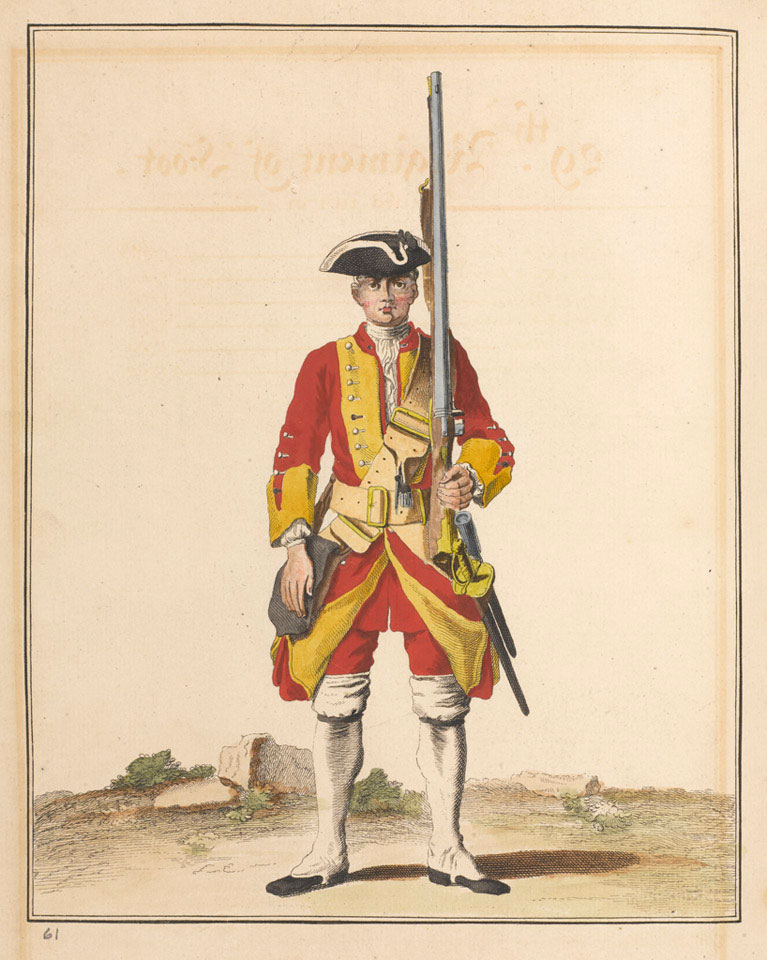 This unit was raised by Colonel Thomas Farrington in 1694. It was known by the names of its colonels until 1751 when it was re-titled as the 29th Regiment.

The regiment's redcoats were distinguished by yellow facings (cuffs, lapels and tales).