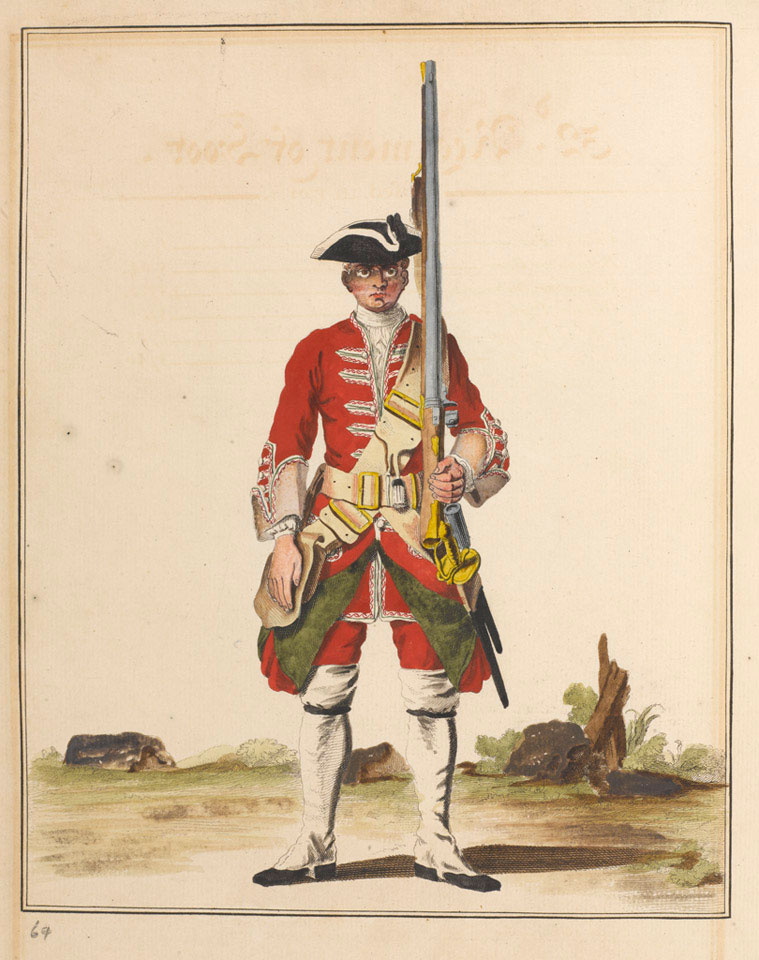 The 32nd was raised in 1702 and served with the British Army until 1881 when it was merged into The Duke of Cornwall's Light Infantry. In the mid-18th century its uniform included the traditional red coat with white facings (tails, lapels and cuffs).