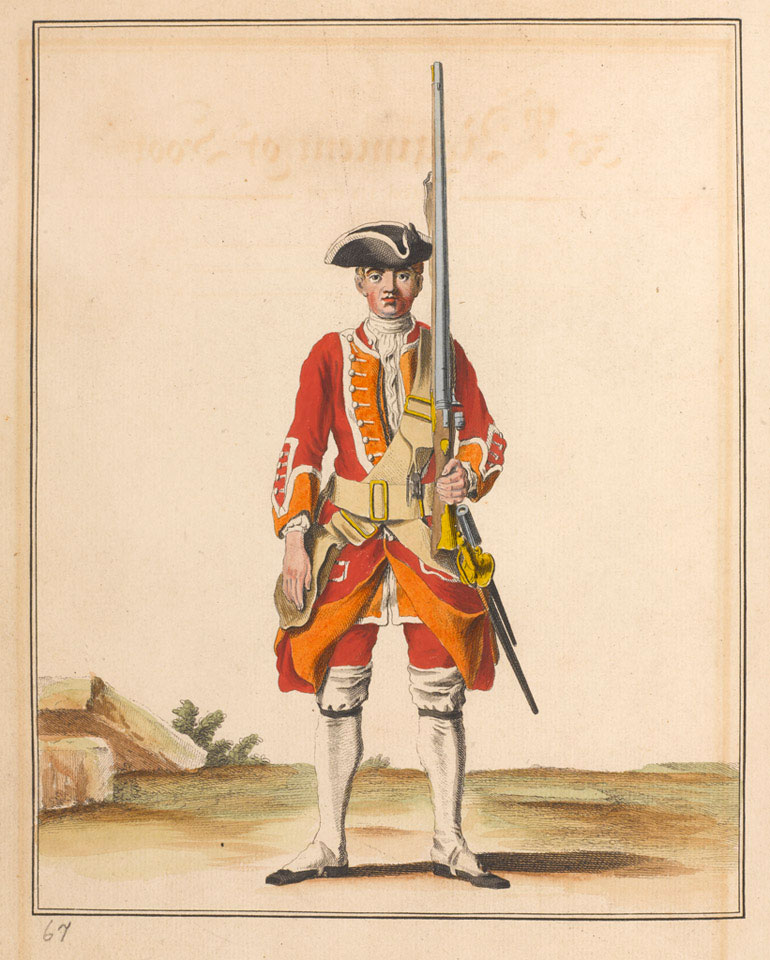 This regiment was raised in 1701 by Arthur Chichester, 3rd Earl of Donegal. Soon after, King William III (also the Dutch Prince of Orange) granted it orange facings (lapels, cuffs and tails) in recognition of its Protestant allegiance and as a mark of royal favour.