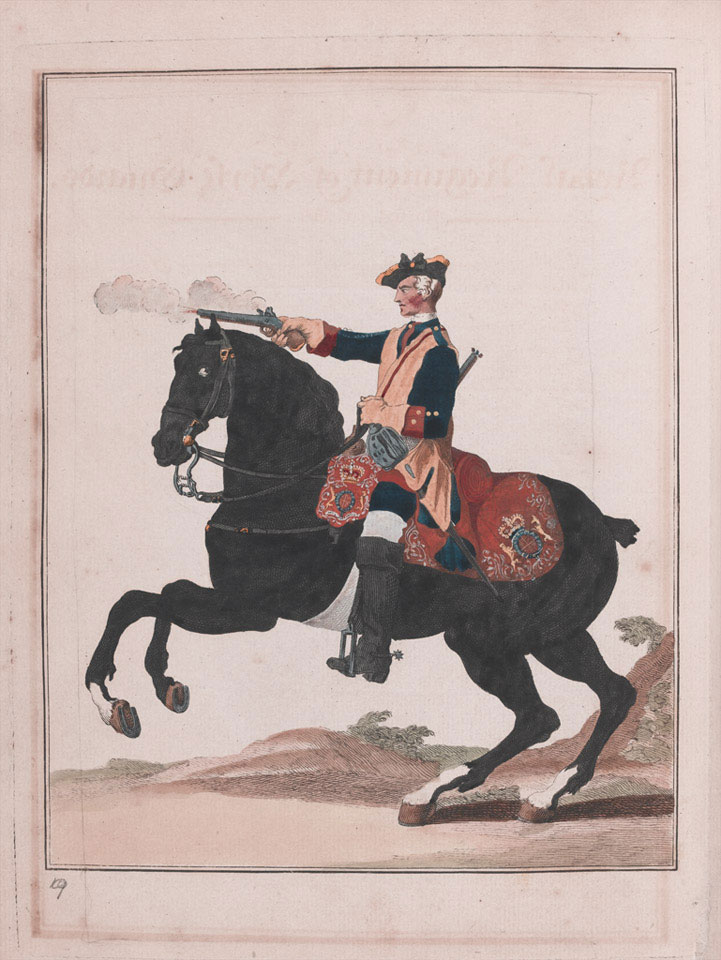 This regiment was raised for Parliament on 22 July 1650 by Sir Arthur Haselrig at Newcastle-upon-Tyne. A regiment of cuirassiers, or heavy cavalry, they were dressed in dark blue uniforms. They survived Charles's restoration in 1660, with new Royalist officers, and became the Earl of Oxford's Regiment. It saw service throughout the 17th and 18th centuries, fighting at Sedgemoor in 1685 and at the Boyne in 1690. It was commanded by the Marquis of Granby during the Seven Years War (1754-1763) and became a favourite regiment of King George III.