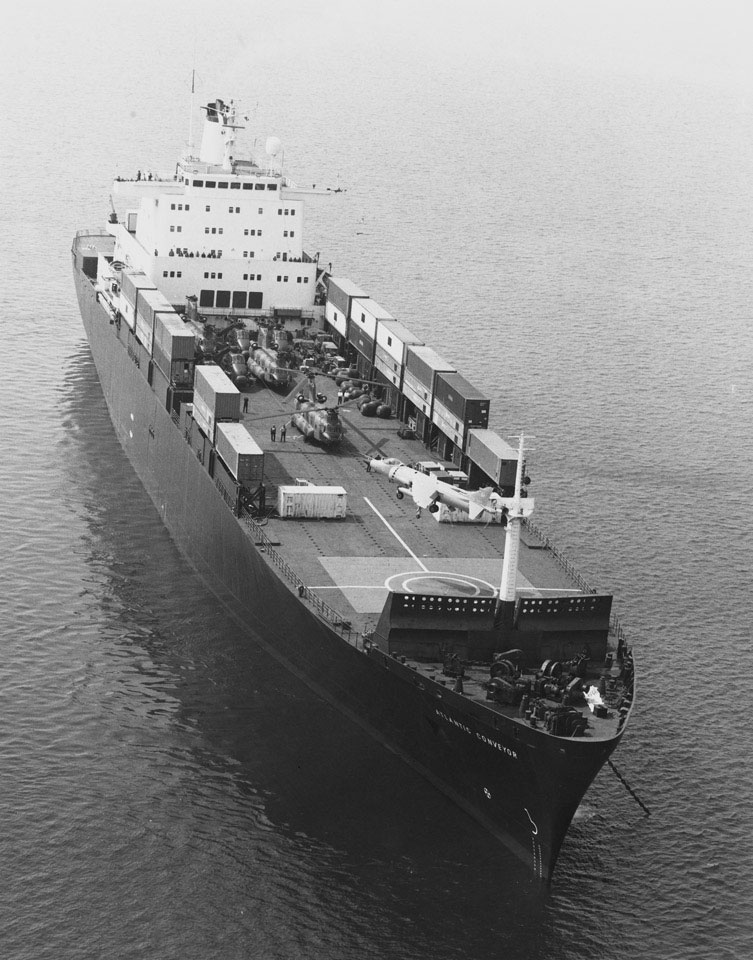 A Sea Harrier jet hovers above a landing pad on the requisitioned, Cunard-owned, container ship, Atlantic Conveyor. Wessex and Chinook helicopters can be seen on the deck of the ship; additional assets to help reinforce the British task force sent to recapture the Falkland Islands from Argentine forces.

On arrival off the Falklands 14 Harriers and Sea-Harriers were offloaded on to the two British carriers, HMS Hermes and HMS Invincible. On the 25 May 1982 the Atlantic Conveyor was hit by two Exocet missiles fired from Argentine Navy aircraft. 12 men were killed in the attack and several helicopters were lost, depriving British forces on the Falklands of vital air mobility. The Atlantic Conveyor sank three days after the attack.