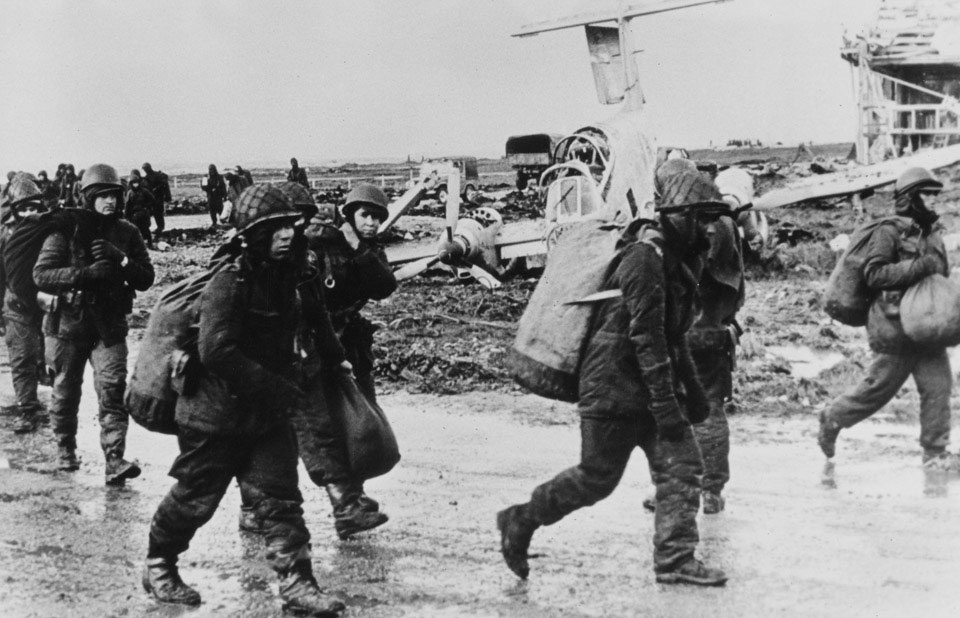 The attack on Goose Green occurred on 28 May 1982. Outnumbered by an Argentine garrison dug in with machine guns and artillery, the initial assault ground to a halt and casualties began to mount. However, 2nd Battalion, The Parachute Regiment, using rockets, rifles and bayonets, managed to fight their way across the strip of land towards the Goose Green settlement under artillery fire and air attack. Short of ammunition, yet determined to take their objective, the Parachute Regiment eventually wore down the defenders.

One of 14 photographs of British Army, Royal Navy and Royal Air Force operations during the Falklands War, 1982.