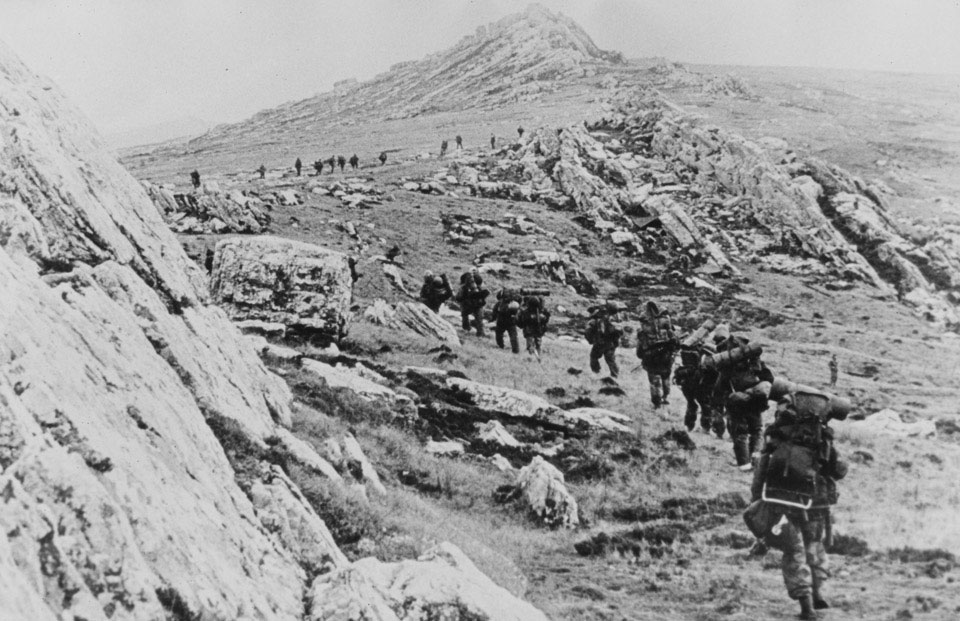 Following the loss on 25 May 1982 of the supply ship 'Atlantic Conveyor', which was carrying Chinook heavy-lift helicopters, 45 Commando Royal Marines and 3rd Battalion The Parachute Regiment were ordered forward towards Stanley. Without helicopters the troops would had to rely on their feet - in military slang, the Marines would have to 'yomp' and the Paras 'tab' all the way.

One of 14 copy photographs of British Army, Royal Navy and Royal Air Force operations in South Atlantic and on the Falkland Islands, 1982.