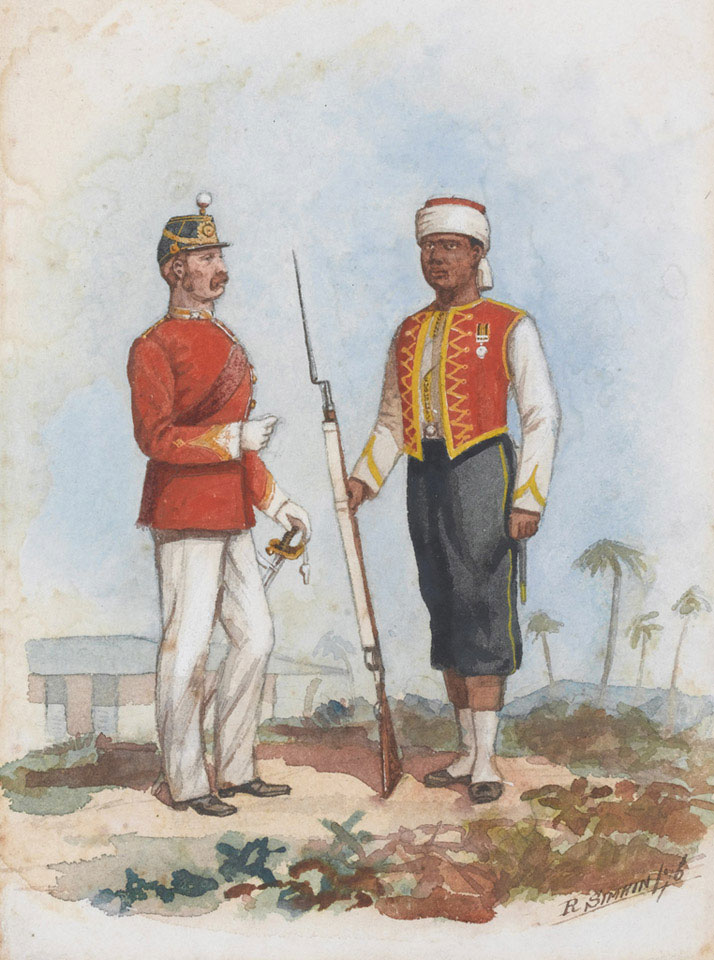 An officer and soldier of the 1st West India Regiment, 1876

Watercolour over pencil by Richard Simkin, 1876.

A British officer addresses a private of the 1st Battalion who wears the traditional 'Zouave' pattern uniform. Black men were not permitted to rise beyond non-commissioned rank and the white officers never adopted the Zouave uniform. The regiment did not always attract a high calibre of British officer. Many of the more capable officers were reluctant to endure lengthy Caribbean or West African postings regarded as 'the white man's grave' and regarded the regiment as a stepping stone to more prestigious commissions.