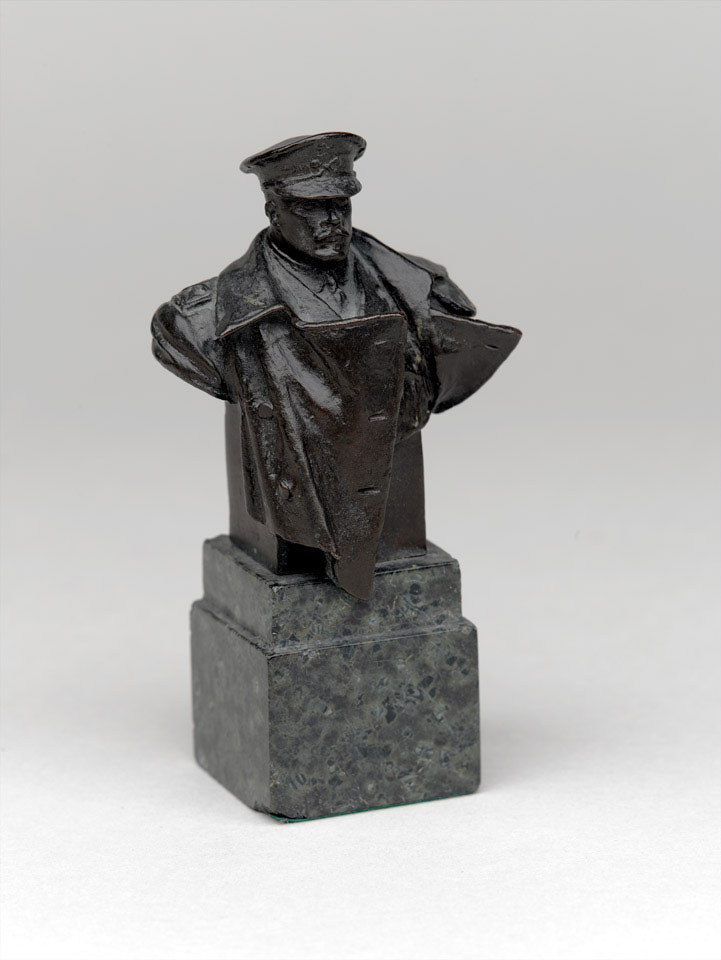 The son of a wealth whisky distiller, Haig (1861-1928) was born in Edinburgh into a large family of ancient Scottish lineage. He joined the Army in 1884 where he excelled at polo, saw active service in Sudan and South Africa and became a recognised authority on cavalry warfare. Haig's assiduity, aptitude for staff work and social connections enabled him to rise swiftly though the ranks and to secure the prestigious command of the British Expeditionary Force (BEF) in France in December 1915.

Haig took command at a time when the British Army was locked in entrenched stalemate with the Germans along the Western Front. Under his direction the British Army launched a series of mighty offensive against the German lines, the most famous of which were the battles of the Somme (1916) and Passchendaele (1917). These offensives resulted in huge casualties but failed to break the deadlock or to win significant territory. Haig has since been accused of being an out dated cavalryman wedded to a belief in the possibility of breakthrough, failing to appreciate the realties of the new attritional warfare where success was measured not in territory captured but by the attainment of a favourable casualty ratio.

In Haig's defence some historians now tend to blame the horrific casualties more on the nature of trench warfare and by the British Army's inherent shortcomings rather than the mistakes of individual commanders. Haig has also been commended for his commitment to the war winning strategy of defeating the Germans on the Western Front. To this end, he oversaw the greatest expansion of the British Army in its history and worked tirelessly to ensure that it evolved into a mighty and sophisticated instrument of war. By the summer of 1918 the British Army was in the vanguard of the Allied counter offensive which broke the German Army.