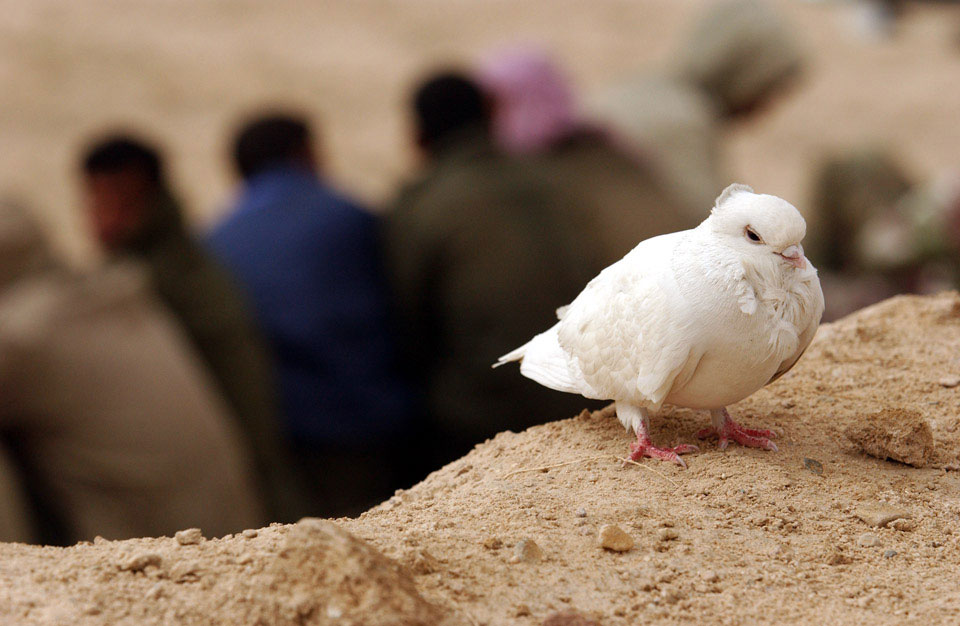 A white dove rests on a bank above a group of POWs held by the Royal Irish Regiment during the first day of the invasion of Iraq, March 2003

The invasion of Iraq began on 20 March 2003 and within four days British troops had taken Basra's airport, despite encountering significant Iraqi resistance. They soon began expanding their area of control in the surrounding region, establishing checkpoints on the roads into Basra city.