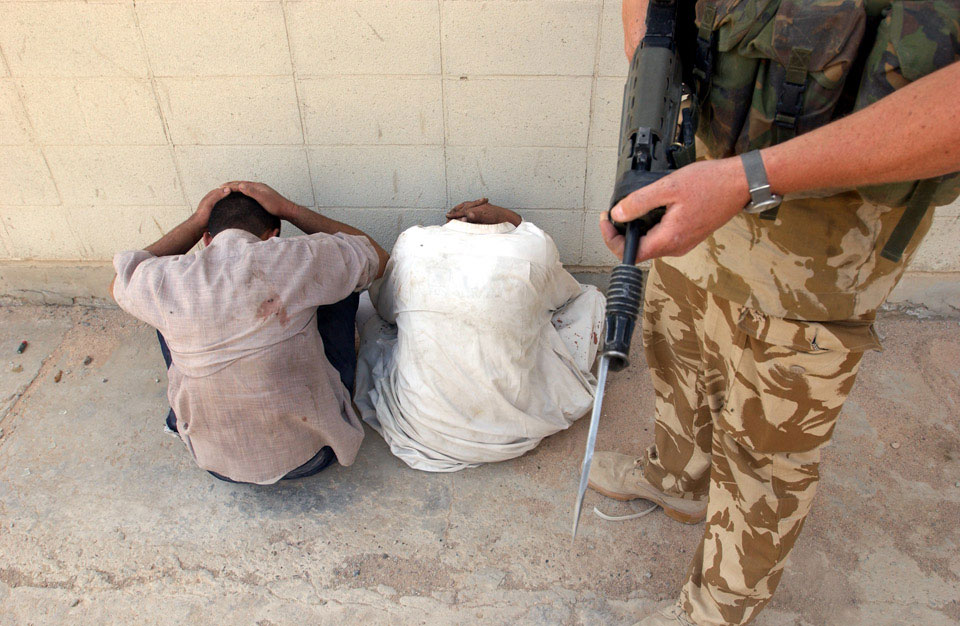 A soldier from the Irish Guards stands guard over two Iraqi civilians suspected of being Fedayeen fighters, Basra, April 2003

The Feyadeen were one of Saddam Hussein's paramilitary forces which he used to control Iraq. When the Iraqi Army largely collapsed in the face of the Coalition invasion in 2003, Feyadeen forces continued to resist in towns and cities and initiated the long term insurgency that followed.