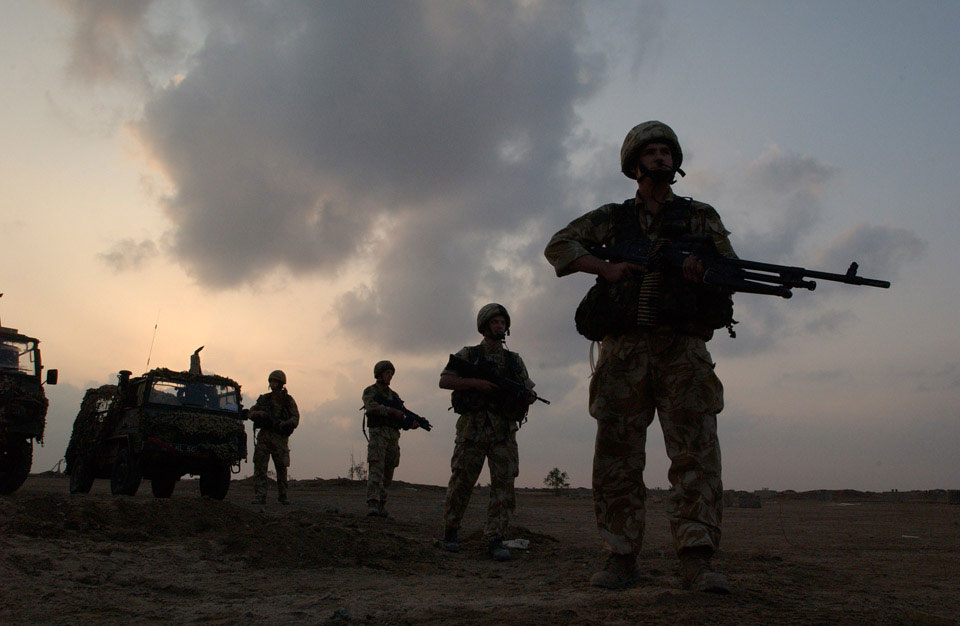 The Royal Marines were photographed carrying out a fire mission with illumination rounds as part of the support and protection to Camp Dogwood, home to 1st Battalion The Black Watch (The Royal Highland Regiment) Battle Group (1 BW BG). The latter formation was authorised by the British Prime Minister to conduct operations in the 24 Marine Expeditionary Unit (United States) area of operations south of Baghdad.