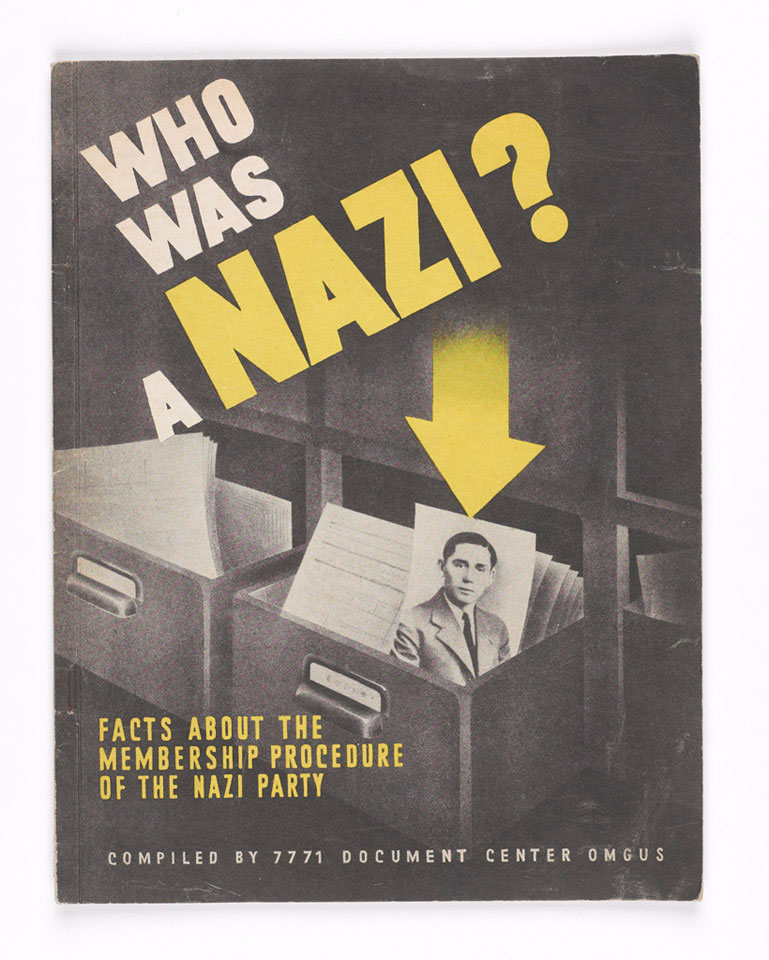 'Who was a Nazi? Facts about the membership procedure of the Nazi Party', 1947

This de-nazification publication was compiled by 7771 Document Centre of the Office for Military Government (US) in June 1947. It was used by Major F A Fitton, a member of the Civil Affairs Staff Centre and a Police Staff Officer with the the Allied Control Commission for Germany (CCG) between 1947 and 1951. The de-nazification campaign aimed to rid German and Austrian politics, industry, media, arts, and the judiciary of Nazis. Former party and SS members were removed from positions of power and influence.