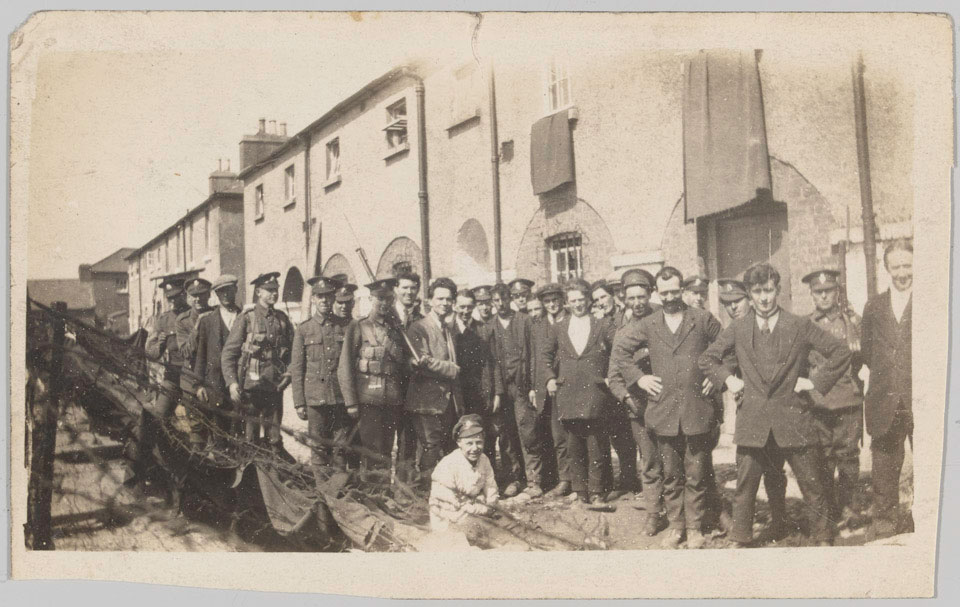 British soldiers of the East Yorkshire Regiment at Longford, Ireland, 1921

Photograph, Irish War of Independence, May 1921.

Unlike its neighbouring counties in the Irish midlands, Longford was a major centre of conflict during the Irish War of Independence. Guerilla attacks mounted by the Irish Republican Army (IRA) against British security forces in county began to intensify from Autumn of 1920 and reached a peak early the following year. The IRA's most significant attack came at on 1 February 1921 at Clonfin. Here they ambushed eighteen members of the the Auxiliary Division of the Royal Irish Constabulary who were travelling in two Crossley Tender trucks. Four Auxiliaries were killed, eight were wounded, and a substantial number of arms were captured.