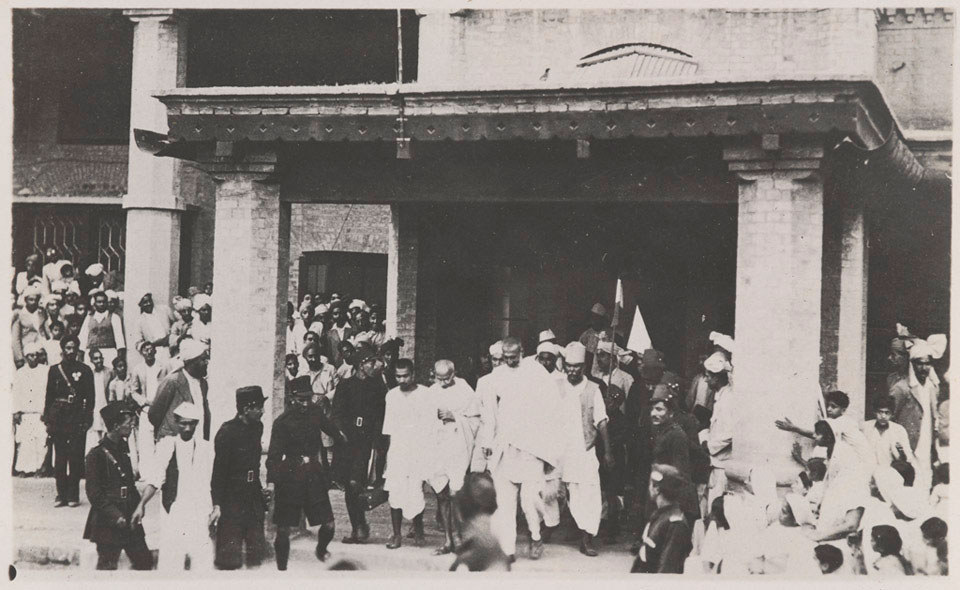 Gandhi and other Congress members, 1939

When the Viceroy Lord Linlithgow declared India a belligerent in World War Two without any consultation with the elected provincial representatives of the Indian people, the Indian National Congress stepped up its campaign for independence. In August 1942 Gandhi launched the Quit India Movement. Almost the entire leadership of Congress was subsequently imprisoned for the rest of the war.