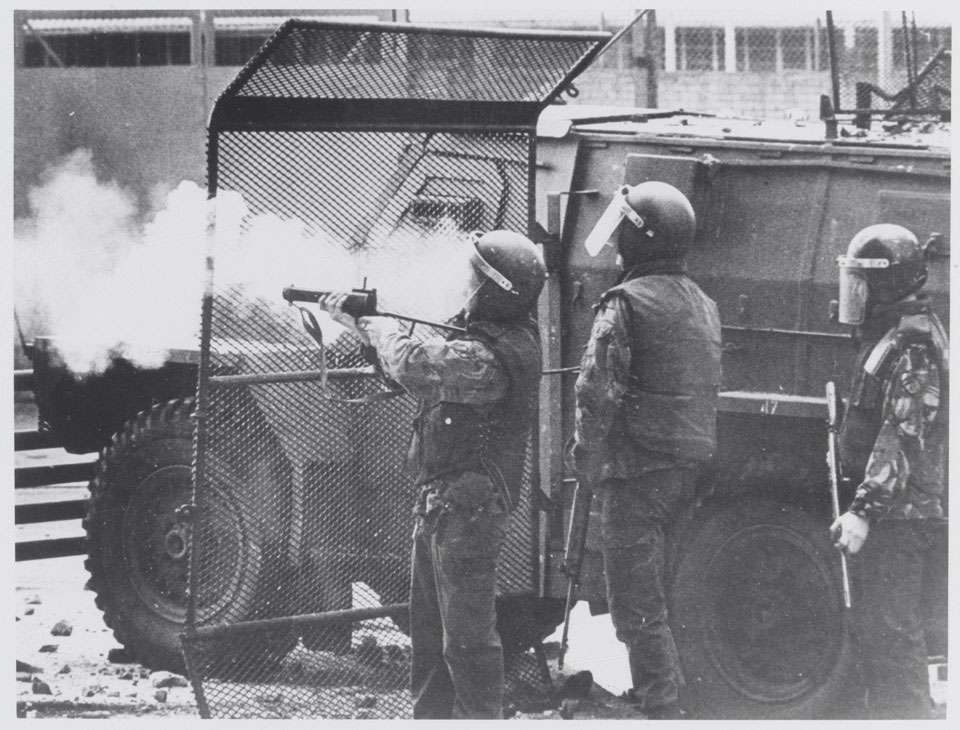 Three British soldiers in riot equipment standing next to a one ton Humber, 1972 (c)

Two of the soldiers are armed with SLR Rifles, while the third is firing a baton round. The Humber Pig support vehicle was also known as the 'Flying Pig' because of the modifications introduced to the vehicle during the 1970s. Metal grille side-panels were added that looked like wings when folded up but could be pulled out at right angles for crowd control.

From a collection of nine photographic prints relating to Army operations in Northern Ireland during the 1970s.