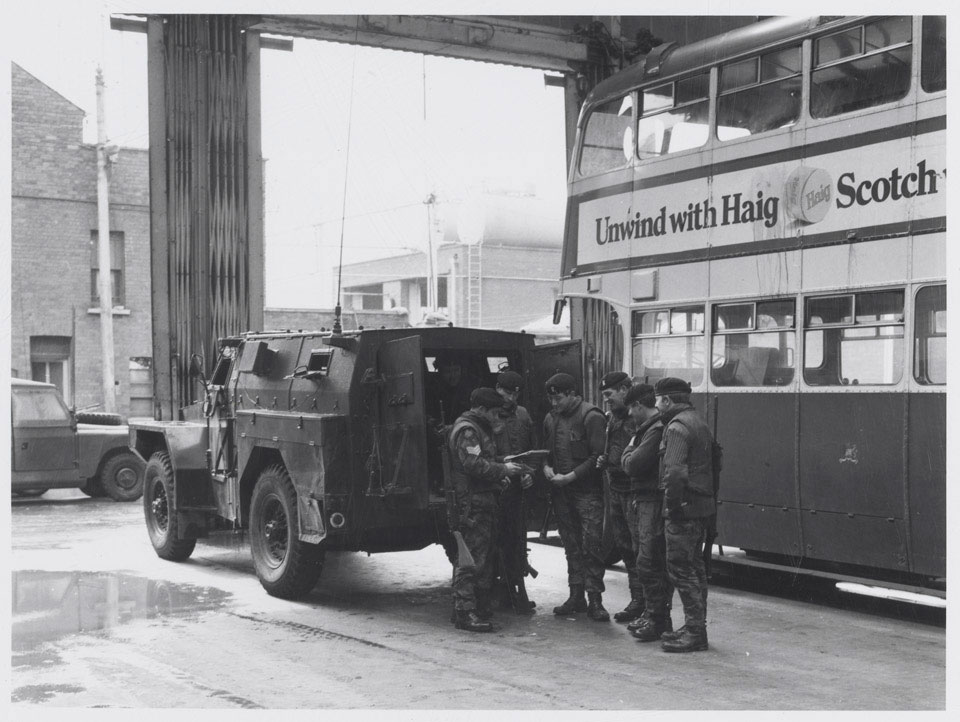 From a collection of nine photographic prints relating to Army operations in Northern Ireland during the 1970s.