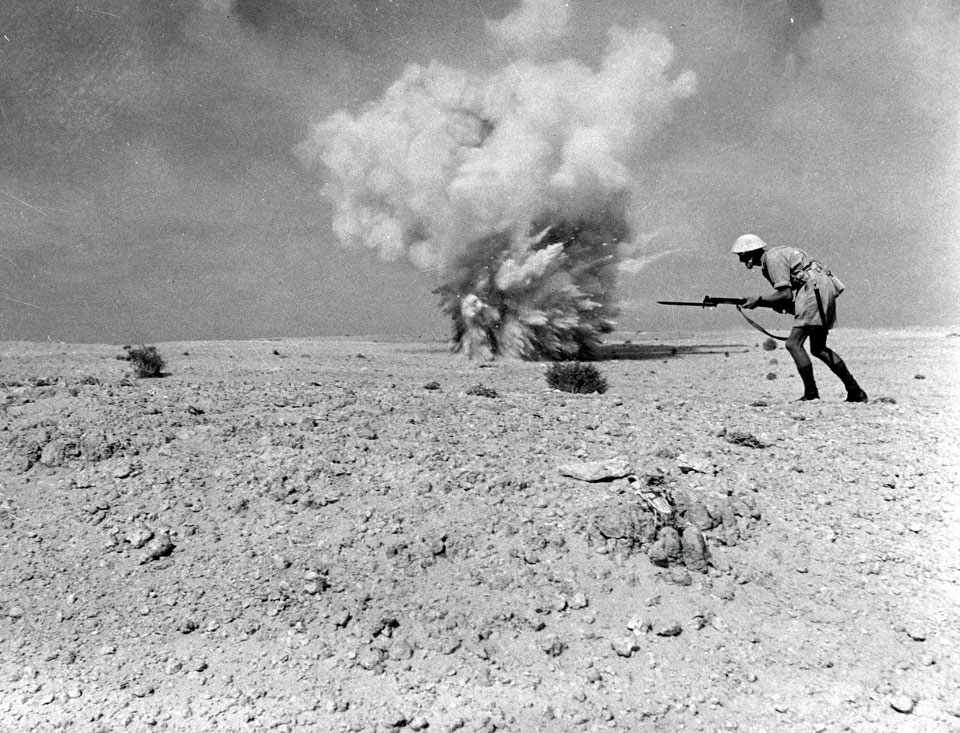 At the Second Battle of El Alamein (23 October-4 November 1942) Allied forces in Egypt under the command of Lieutenant-General Bernard Montgomery broke the Axis lines and forced them into a retreat that pushed them all the way back to Tunisia.

One of seven official photographic prints relating to the Second Battle of El Alamein 1942.