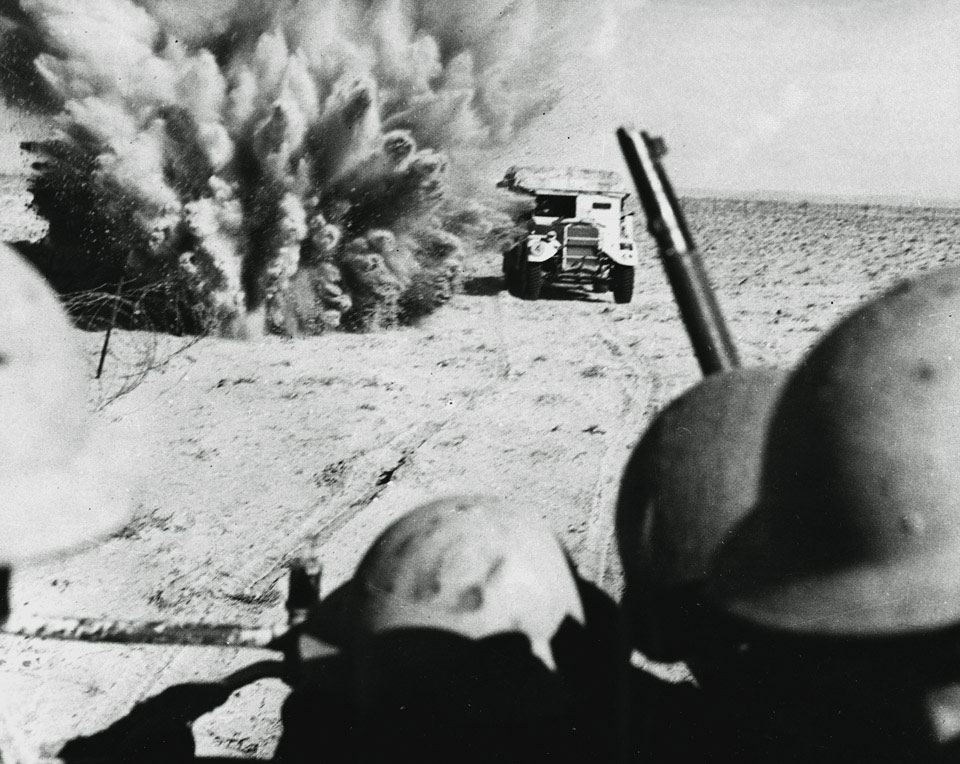 A mine explodes close to a British artillery tractor as it advances through enemy minefields at El Alamein, 1942

Unlike other battles of the desert war, El Alamein was fought on a narrow front, which offered no possibility of flanking manoeuvres. Instead the Eighth Army had to fight a bloody pitched battle in which they advanced slowly through dense minefields under a massive artillery bombardment in the teeth of ferocious enemy resistance. In a grinding battle of attrition, Montgomery used his superior resources to wear down the enemy before unleashing an armoured onslaught to effect a breakthrough that forced them into retreat.

While the strategic importance of the battle may have been overstated, El Alamein was an important boost for British morale at this otherwise low point in the war.

One of seven official photographic prints relating to the 2nd Battle of El Alamein, 1942.