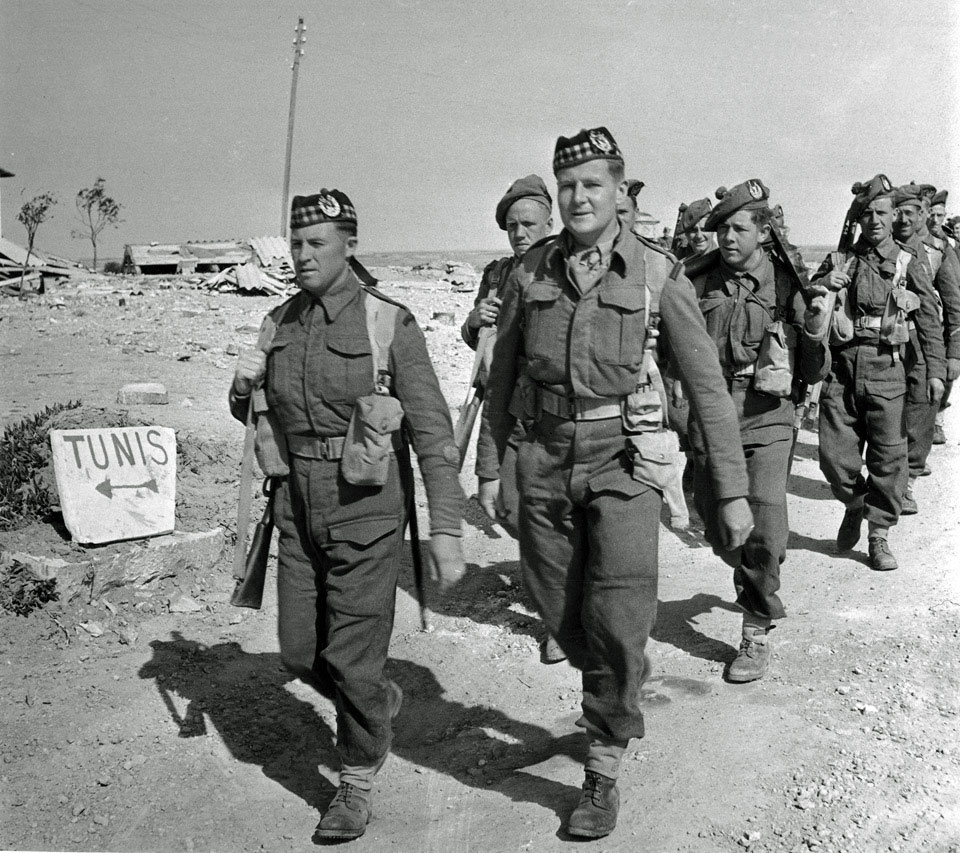 Men of the Gordon Highlanders advancing past a signpost marked, 'Tunis', 1942

On the night of 24 October 1942, under cover of a 600-gun barrage, the 8th Army attacked the Axis positions at El Alamein. After ten days of bitter attritional fighting, the heavily defended German line was breached. On 4 November General Montgomery's armour broke through and the pursuit of the defeated Germans and Italians towards Tunis began.

One of seven official photographic prints relating to the Second Battle of El Alamein 1942.