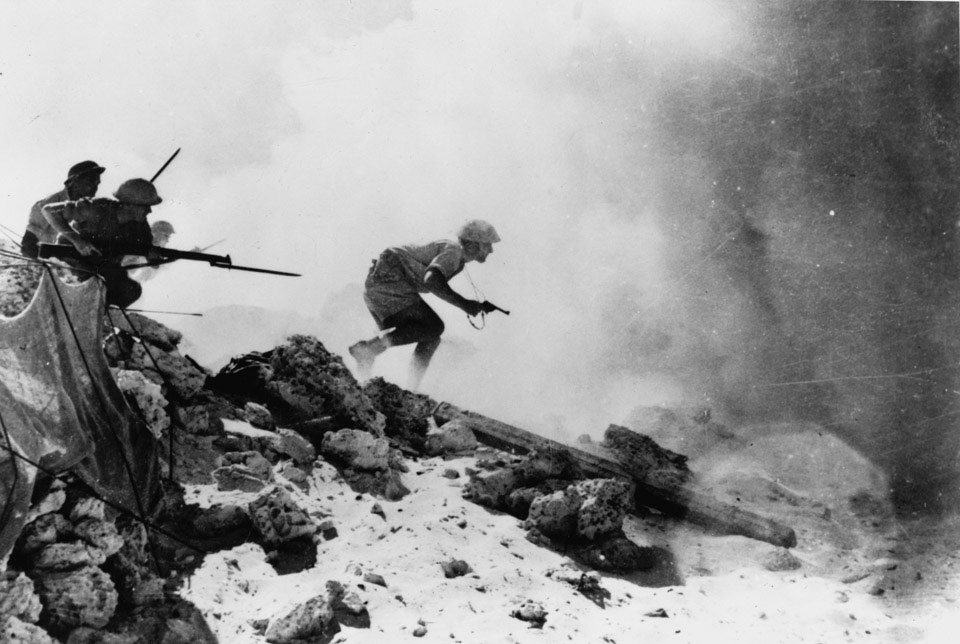 A British officer armed with a revolver leading his men forward with fixed bayonets, El Alamein, 1942