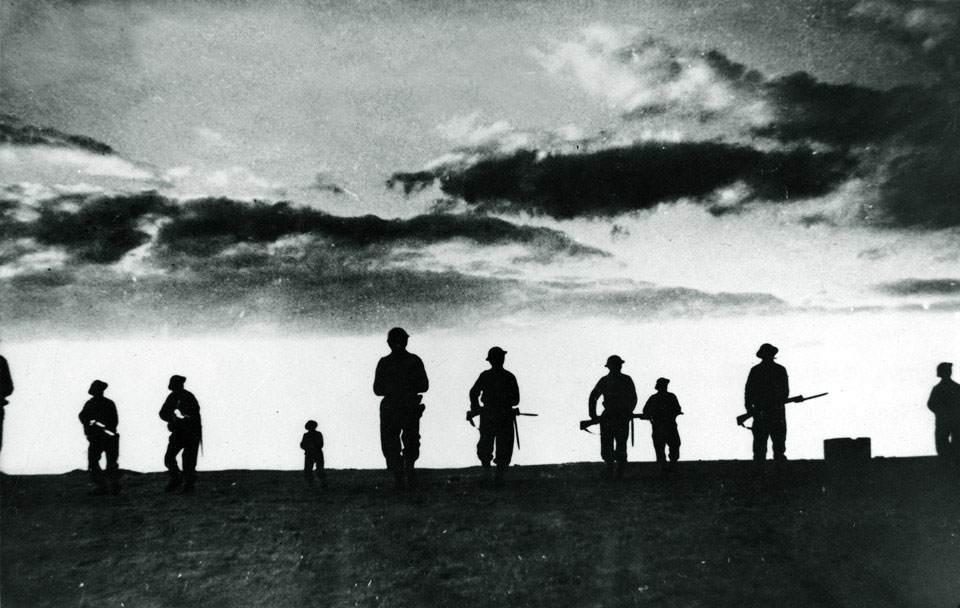 The 2nd Battle of El Alamein began on 23 October 1942 with the biggest barrage the British army had fired since 1918 unleashed on the Axis positions. This was followed by the infantry advancing in the moonlight along white tape the sappers had laid to show the way through the German minefields.