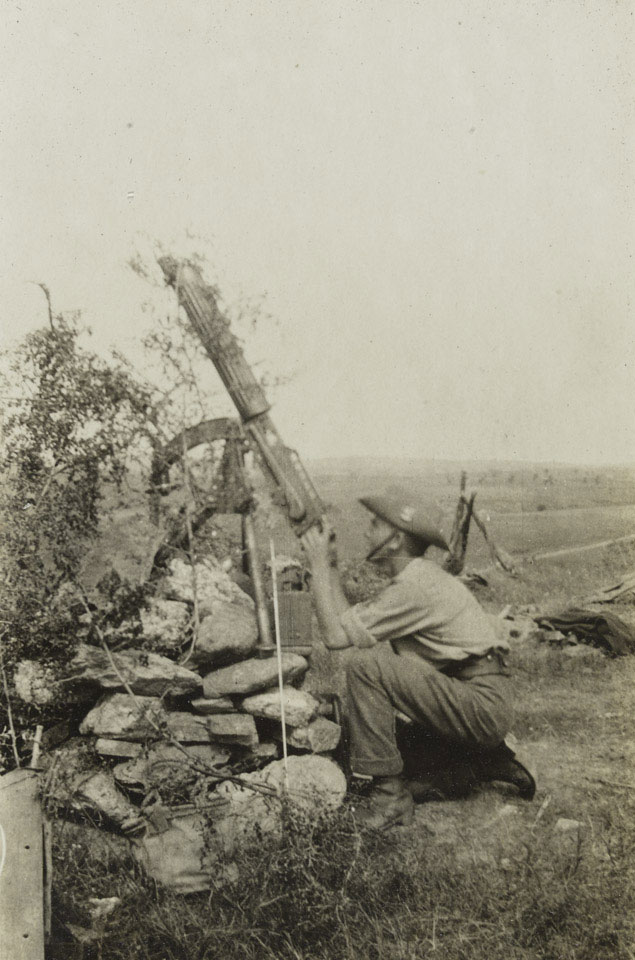 A soldier operating a Vickers gun on an improvised mounting. The water-cooled .303 inch Vickers was famed for its reliability and could fire over 600 rounds per minute and had a range of 4,500 yards. With proper handling, it could sustain a rate of fire for hours, providing a necessary supply of belted ammunition, spare barrels and cooling water was available. First introduced in 1912, the Vickers remained in service with the British Army until 1968.

From an album of 86 photographs taken by Captain Philip Rolls Asprey, MC.