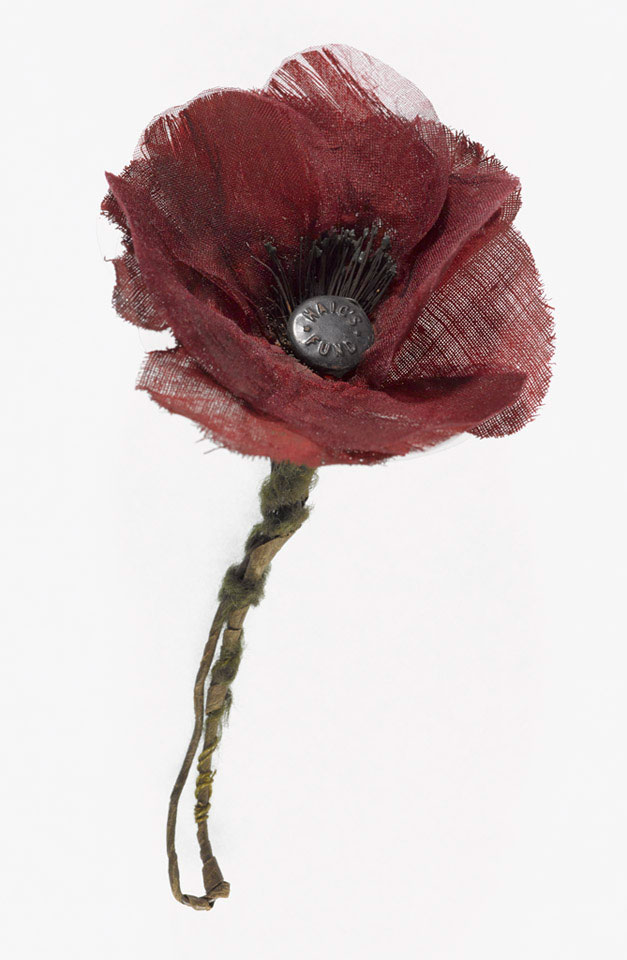 This Scottish poppy is an important artefact dating from the early days of the Poppy Appeal.

The Royal British Legion was founded in 1921 and the first official Poppy Day was held in November of that year. A year later Major George Howson established a poppy factory in London but such was the demand for poppies that few were reaching Scotland. In 1926 Earl Haig's wife established a poppy factory in Edinburgh to produce poppies exclusively for sale in Scotland.

The poppies produced by Lady Haig's poppy factory have four petals. This is still true today for the poppies sold in aid of Poppyscotland, which differ from the two-petal design sold by the Royal British Legion in England, Wales and Northern Ireland.

The first Scottish poppy appeal launched in 1926, and this Scottish poppy dates back to the early 1930s. At that time, manufactured poppies were made from a range of materials such as silk and paper, which were sold at different prices. It was not until 1954 that it was decided that only one style of paper poppy should be produced, which was no longer sold for a set price but given as a token in response to a donation to the charity.