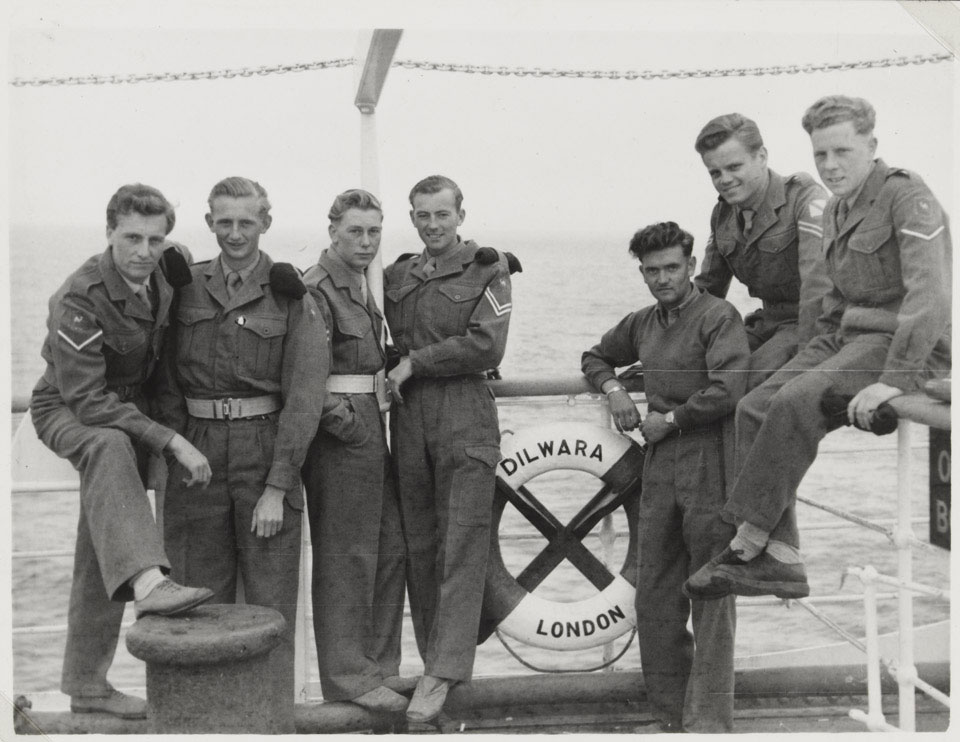 A national serviceman's time in the Army ended when he was discharged, or 'demobbed' back to civilian life after two years. Soldiers greeted demob with mixed feelings. Some had lost friends in action. Many would miss the camaraderie and time abroad. A few would choose to stay on as regular soldiers. Others were glad to be leaving the Army and on the way home.

From an album of 318 photographs relating to the National Service of Sapper Frederick Tomlinson, who served in Egypt with No 47 GHQ Survey Sqn, Royal Engineers, at Fayid on the banks of the Sweetwater Canal in the Suez Canal Zone, 1952-1954.