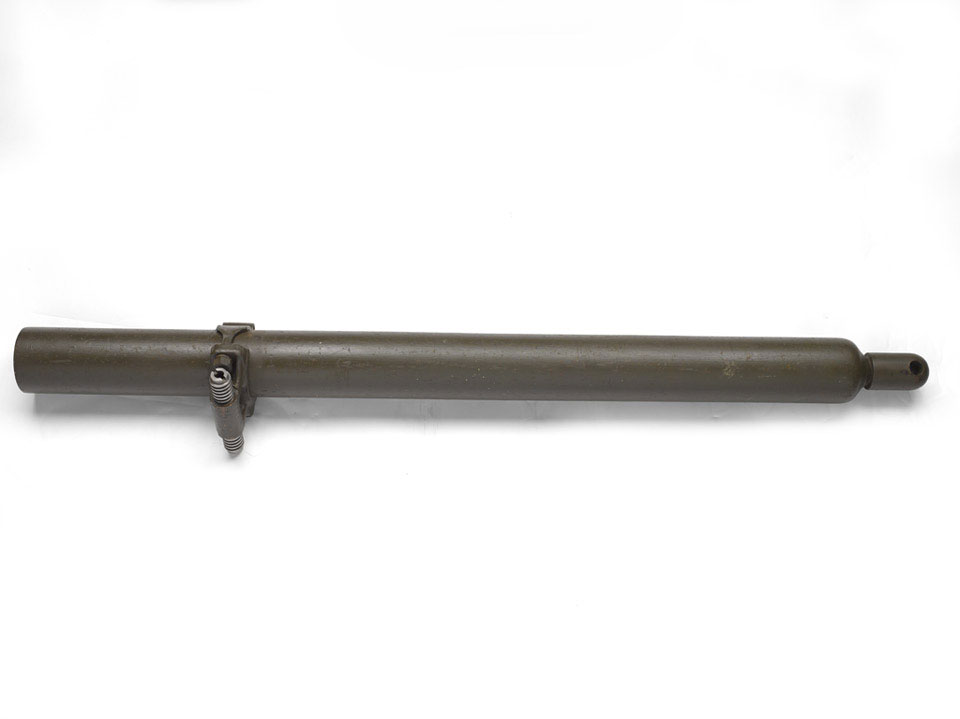 Mortars were originally large calibre weapons used for siege warfare, but during World War One (1914-1918) armies developed lighter infantry mortars for use in the trenches. The British Army's Stokes Mortar consisted of a smoothbore metal tube fixed to an anti-recoil base plate. When a mortar bomb was dropped into the tube, an impact sensitive primer in the base of the bomb would make contact with a firing pin at the bottom of the tube, and detonate, firing the bomb towards the target. The Stokes could fire around 20 bombs per minute and had a maximum range of 1,200 yards.