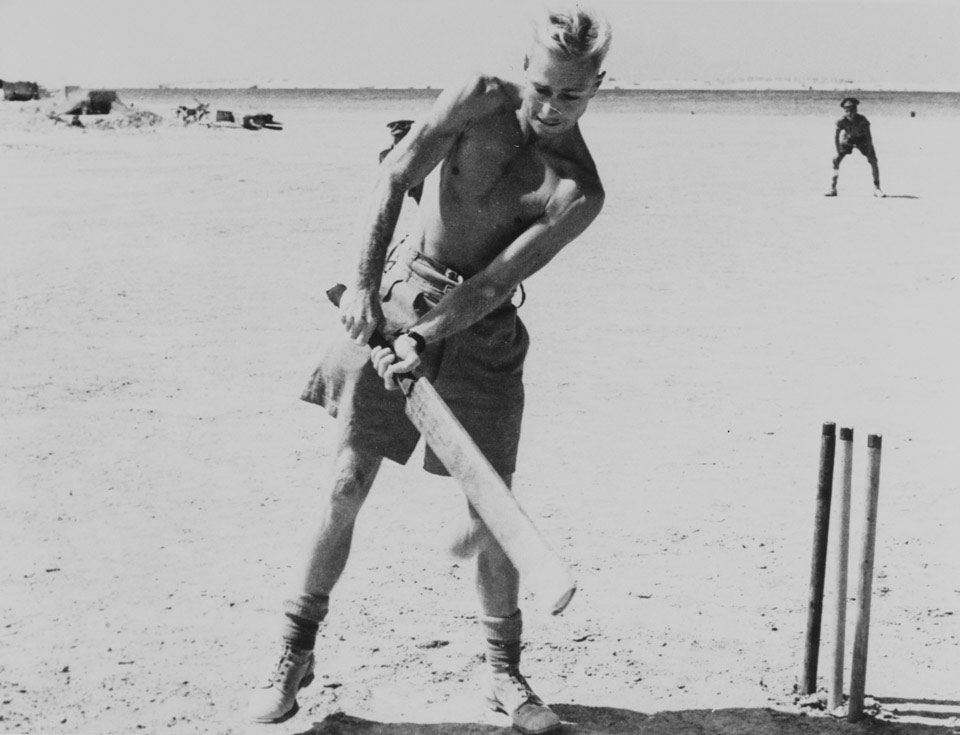 The 8th Army in North Africa consisted of soldiers from 16 different nationalities. As well as soldiers from Britain, there were Australian, Canadian, Indian, Nepalese, New Zealand, Maltese, Palestinian, Transjordanian, Rhodesian and South African troops from the Commonwealth, alongside Free French, Czech, Greek, Yugoslav and Polish troops.

One of 12 black and white photographs of Australian soldiers.