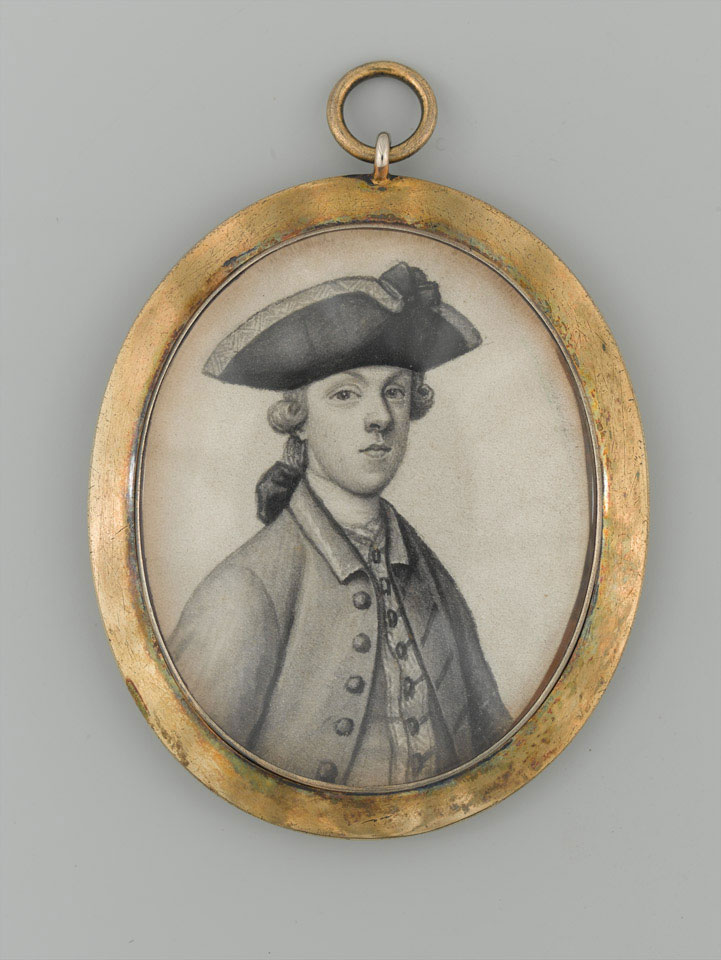 James Wolfe (1727-1759) came from a family of professional soldiers and was a rising star of the British Army. Wolfe fought at the Battles of Dettingen (1743) and Culloden (1746) but it was his role in the campaign in North America during the Seven Years War (1756-1763) that raised him to the level of national hero.

The miniature belonged to Robert Monckton (1726-1782) and was passed down through his family.

Gift from the Society of Friends of the National Army Museum.