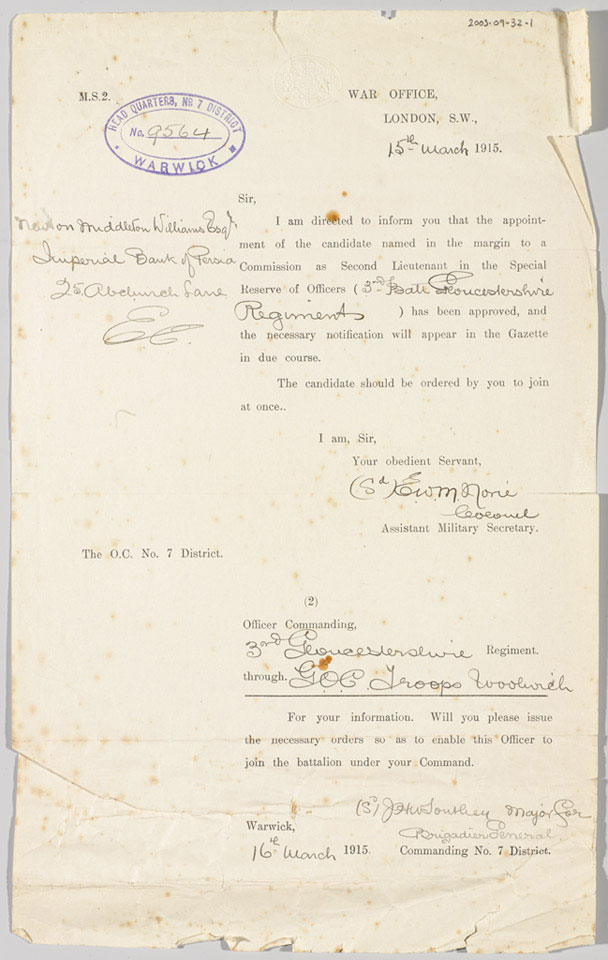 Appointment of Newton Williams as Second Lieutenant in The Gloucestershire Regiment, 1915

Williams was appointed second lieutenant in the Special Reserve of officers on 17 March 1915. Posted to 3rd Battalion The Gloucester Regiment, he was soon promoted to temporary captain and transferred to the 1st Battalion. He proceeded to the Western Front in October 1915.