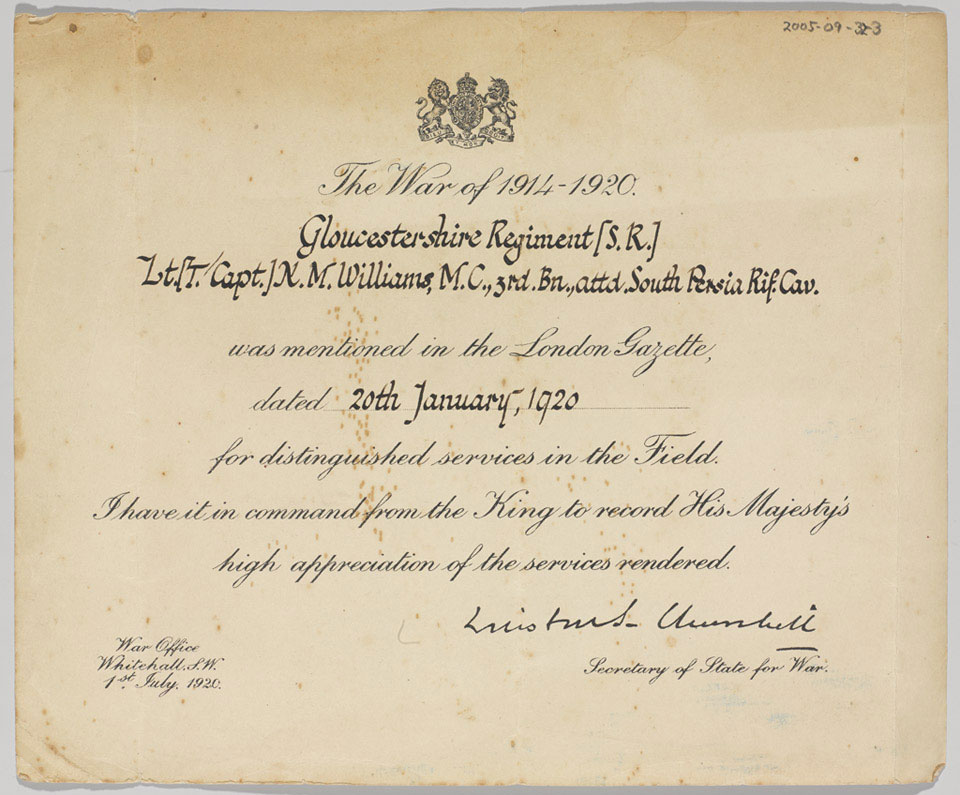 Williams was mentioned in 'The London Gazette' of 20 January 1920 for his 'distinguished service in the field' while serving with the South Persia Rifles. The previous year he had won the Military Cross at Abadeh where a detachment of the Rifles had mutinied.