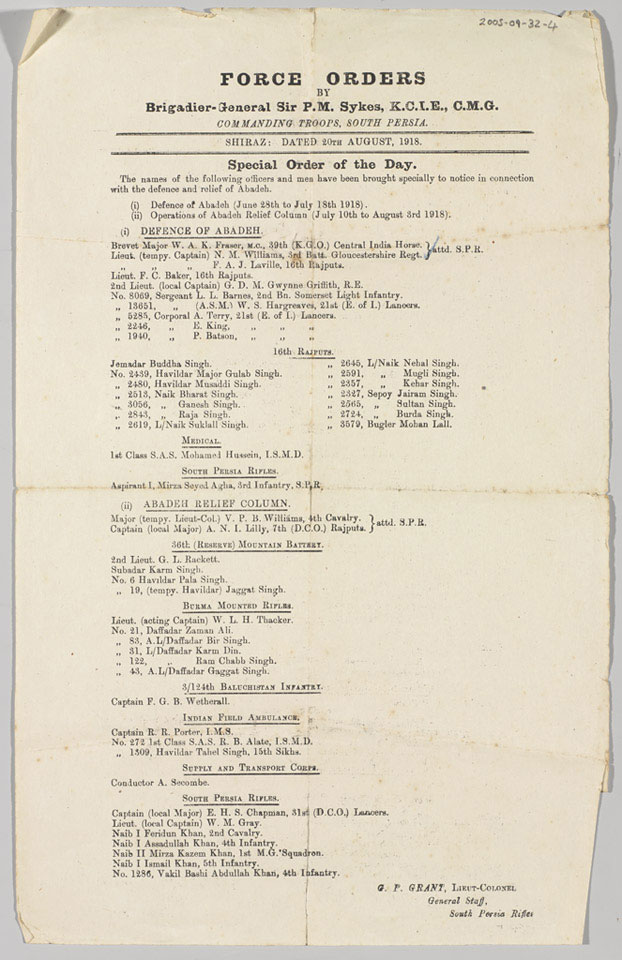 This Special Order of the Day brings to notice the conduct of several British and Indian officers and Indian sepoys in South Persia. This includes Captain Newton Williams, who was brought to notice following his conduct at the defence of Abadeh in June-July 1918. The latter engagement saw local tribesmen attack the British post in alliance with mutineers from the South Persia Rifles.