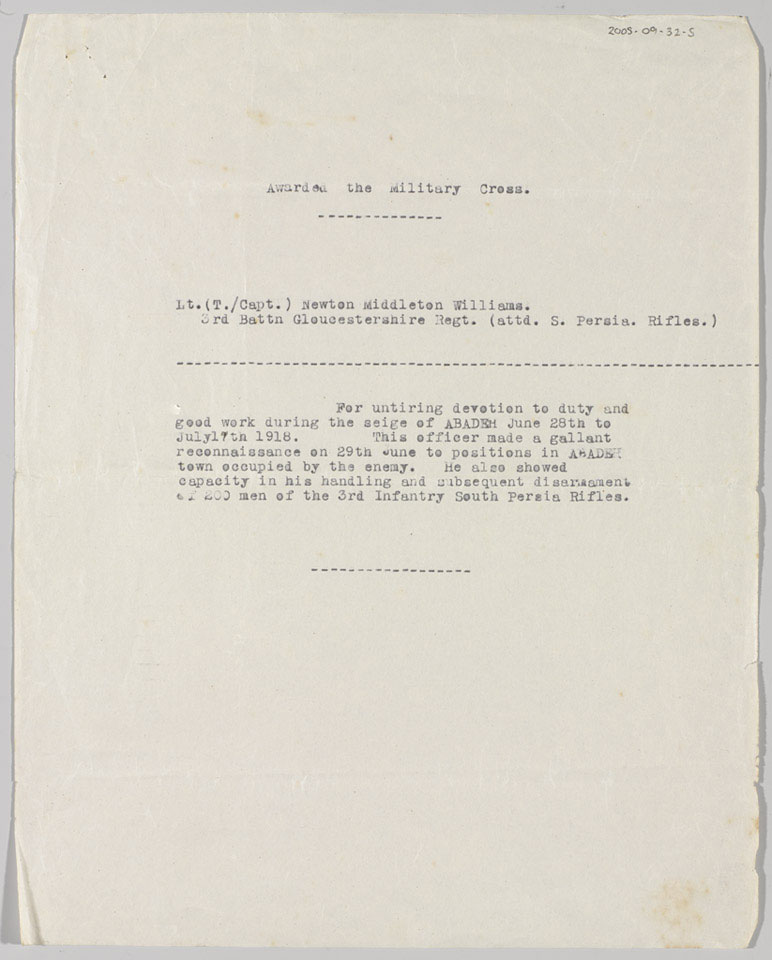 For his role in this engagement Williams was Mentioned in Despatches by Brigadier-General Sir Percy Sykes on 20 August 1918 and awarded the Miltary Cross:

'For untiring devotion to duty and good work during the siege of Abadeh June 28th to July 17th 1918. This officer made a gallant reconnaissance on 29th June to positions in Abadeh town occupied by the enemy. He also showed capacity in his handling and subsequent disarmament of 200 men of the 3rd Infantry South Persia Rifles'.