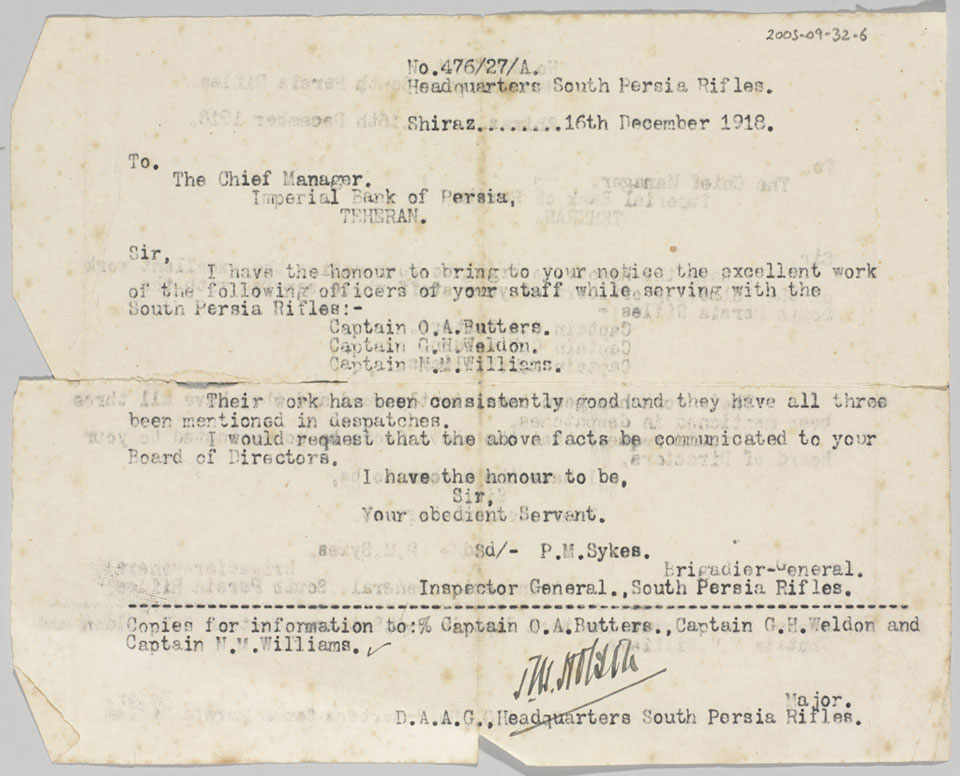 Brigadier Sykes raised the South Persia Rifles, a unit in which Williams served in 1916-1918. This commendation mentions his 'excellent work' with the force, which included the award of a Military Cross during the Siege of Abadeh in June-July 1918.