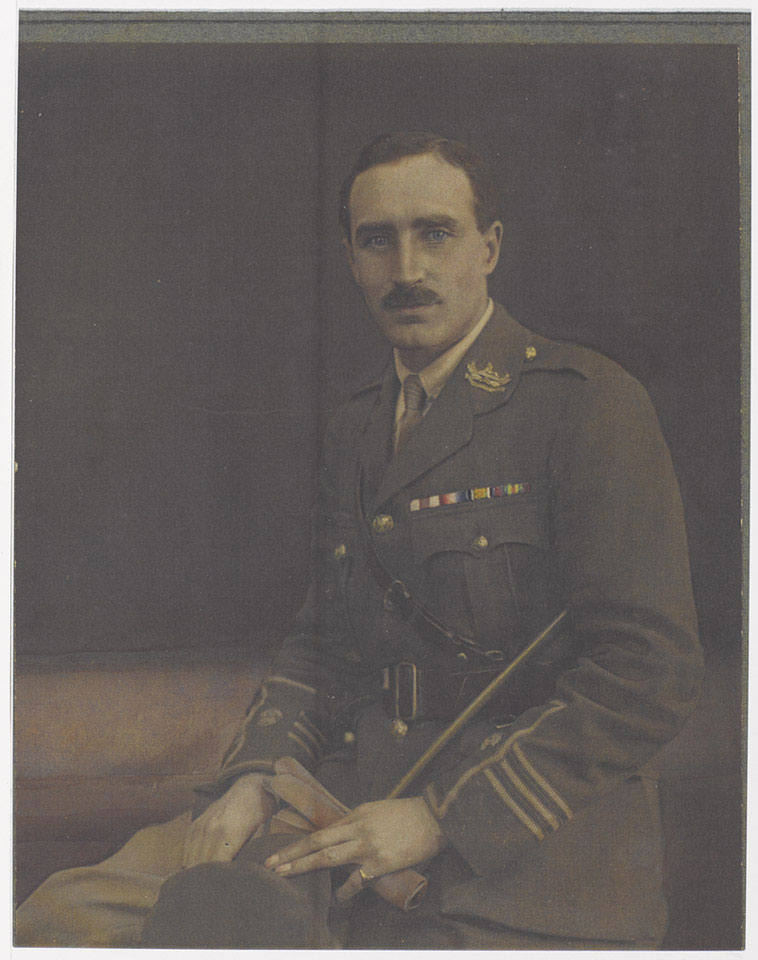 Williams was appointed second lieutenant in the Special Reserve of officers on 17 March 1915. Posted to 3rd Battalion The Gloucester Regiment, he was soon promoted to temporary captain and transferred to the 1st Battalion. He proceeded to the Western Front in October 1915.

In January 1916 he embarked for the Mesopotamian theatre, initially serving as a staff officer at the Expeditionary Force's headquarters in Basra. In May 1916 his knowledge of Persia and its people resulted in a transfer to the South Persia Rifles. In October 1916 he was given command of the Rifles' 5th Infantry Battalion, and in February 1917 he took over the 3rd Infantry.

In January 1918 Williams was appointed Deputy Assistant Quarter Master General, Lines of Communication. Promoted to temporary major on 19 August 1918, he remained in this post for the remainder of the war.

One of 18 photographs relating to the service of Captain Newton Middleton Williams, MC.