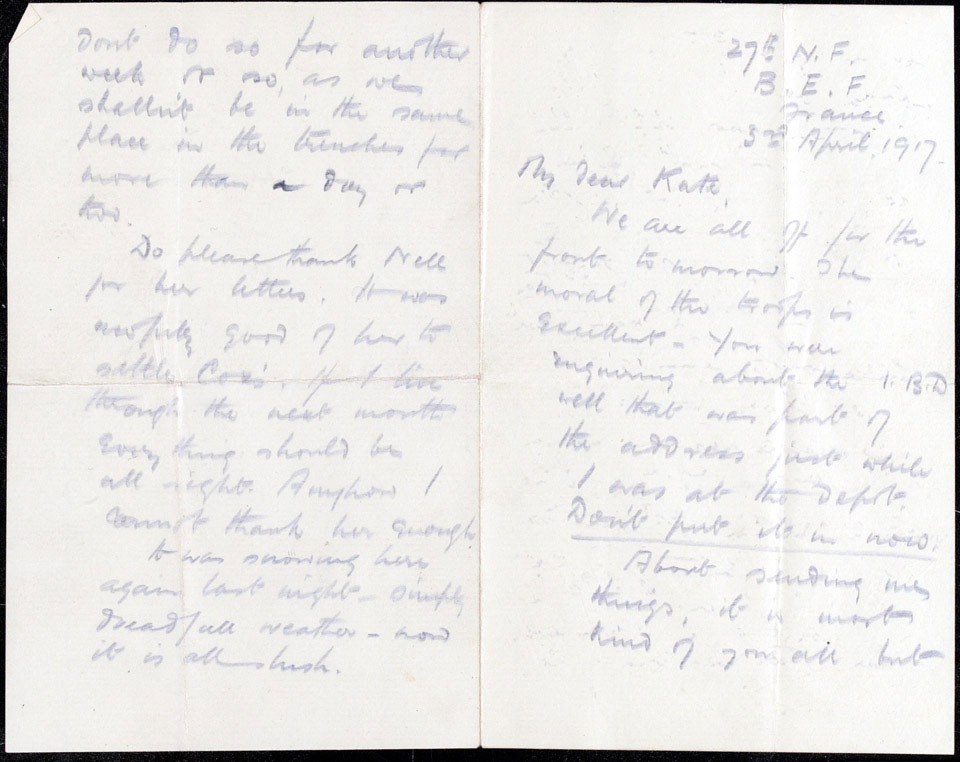 Letter from Second Lieutenant Douglas McKie to his sister Kate in which he wishes for a 'Blighty', 3 April 1917

McKie was serving with the 27th (Tyneside Irish) Battalion of the Northumberland Fusiliers. The final part of his letter states: 'Well, my one wish is to be back with a "Blighty" next week. There is absolutely nothing inviting about this part of France at any rate just now. Please give my fondest love to Mother, Father, Nell and remember me to Dorothy when you see her. Your affect. Brother, Douglas'.

The word 'blighty' is a slang term for Great Britain. The word derives from an Urdu word meaning 'foreign', and was used in India in the 1800s as a term for an English or British visitor. It was used by British soldiers in South Africa during the Boer War (1899-1902) in reference to their homeland. Its use amongst troops continued during World War One (1914-1918). To 'catch a blighty one' was slang for receiving a non-fatal wound that would result in evacuation home.

McKie was killed by shell fire three days later during the Battle of Arras (1917). He was buried in the military cemetery at Roclincourt.

From a bound scrapbook containing letters and photographs relating to the life of Douglas Hamlin McKie, Artists' Rifles and Northumberland Fusiliers.