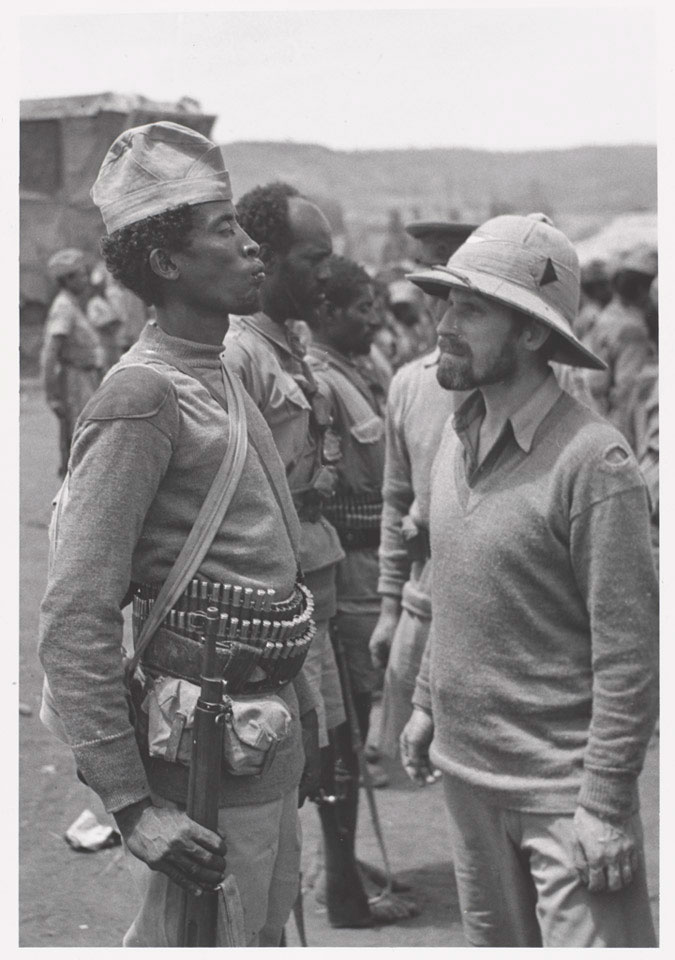 In 1941 British Commonwealth forces worked with Ethiopian and Sudanese troops to resist the Italian occupation of Ethiopia. Lead by Brigadier Sandford, and later Major Orde Wingate, they forced the Italians to surrender, and Ethiopia became the first nation conquered by Axis forces to be freed. The liberation of Addis Ababa on 5 May 1941, also saw the return from exile of Ethiopia's Emperor Haile Selassie. During the fighting Wingate had led a force of 80 British soldiers and 1,000 Ethiopians and Sudanese across 600 miles of desert help to restore Selassie to his throne.

From a collection of photographs which belonged to Mr David Shirreff, 1941 (c).