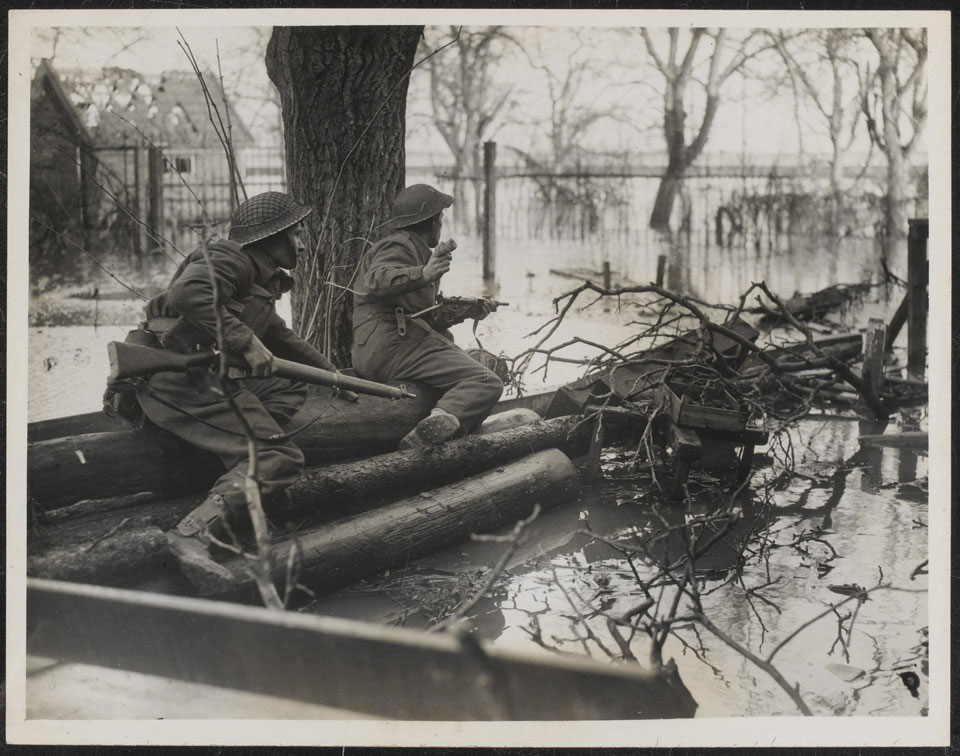 Sergeant R Raitley and Private G B Ball among the floods south of Arnhem at Elst, September 1944

During Operation MARKET GARDEN, the Dutch town of Elst witnessed heavy fighting during 30 Corps' attempt to reach the men of 1st Airborne Division who had landed by glider and parachute at Arnhem and Oosterbeek. Although elements of the 43rd (Wessex) Division eventually cleared the town, 30 Corps was unable to reach the beleaguered airborne troops.

One of 49 official photographs.