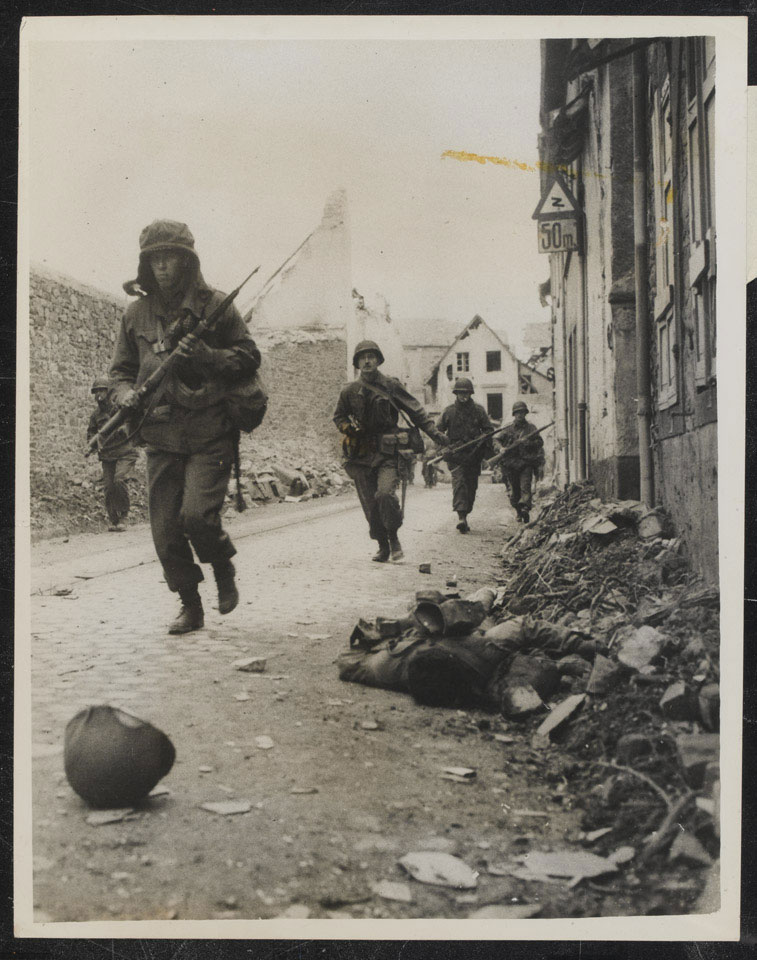 Troops of the 3rd US Army pass the body of a fallen comrade as they enter Koblenz, 1945

The Allies advanced towards the Rhine on a broad front during February and March 1945. General George Patton's 3rd US Army reached Koblenz in early March. Elsewhere the 1st US Army, commanded by General Courtney Hodges, entered Cologne, and to the north Montgomery's 21st Army Group fought their way through the difficult terrain of the Reichswald.

One of 49 official photographs.