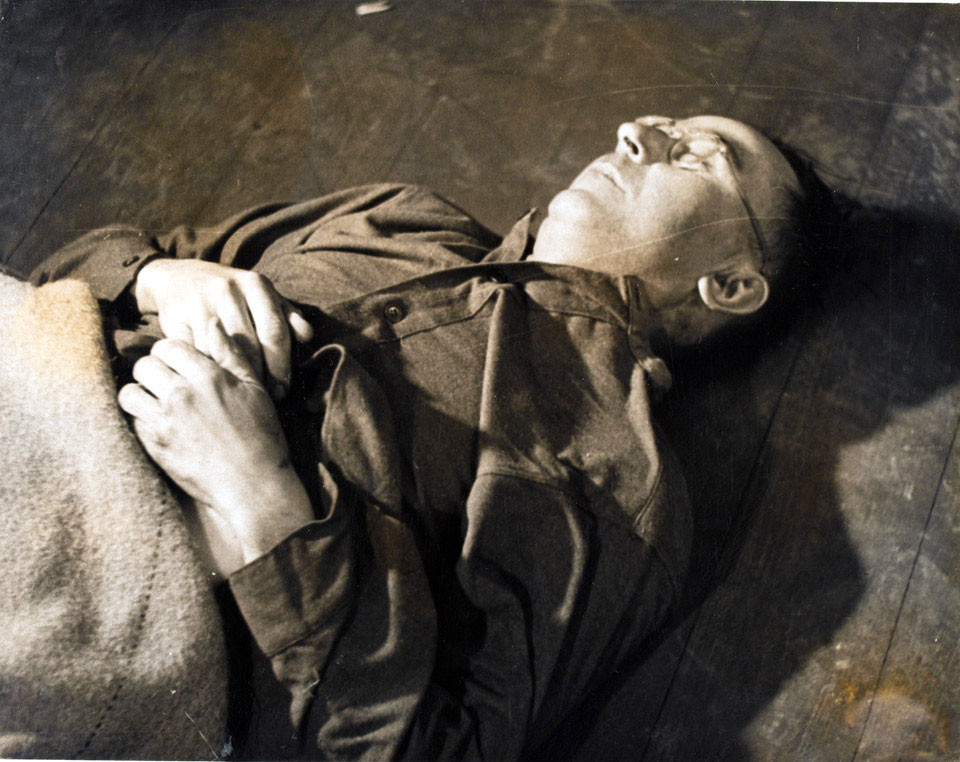 Heinrich Himmler's body at 2nd Army Headquarters at Lüneberg, after he had poisoned himself, May 1945

On 23 May 1945, Himmler, chief of the SS and one of the main architects of the Holocaust, was arrested, while in disguise, at a checkpoint and taken to an interrogation camp near Lüneburg. Under interrogation, Himmler admitted who he was, but he avoided trial by committing suicide by biting down on a hidden cyanide pill.