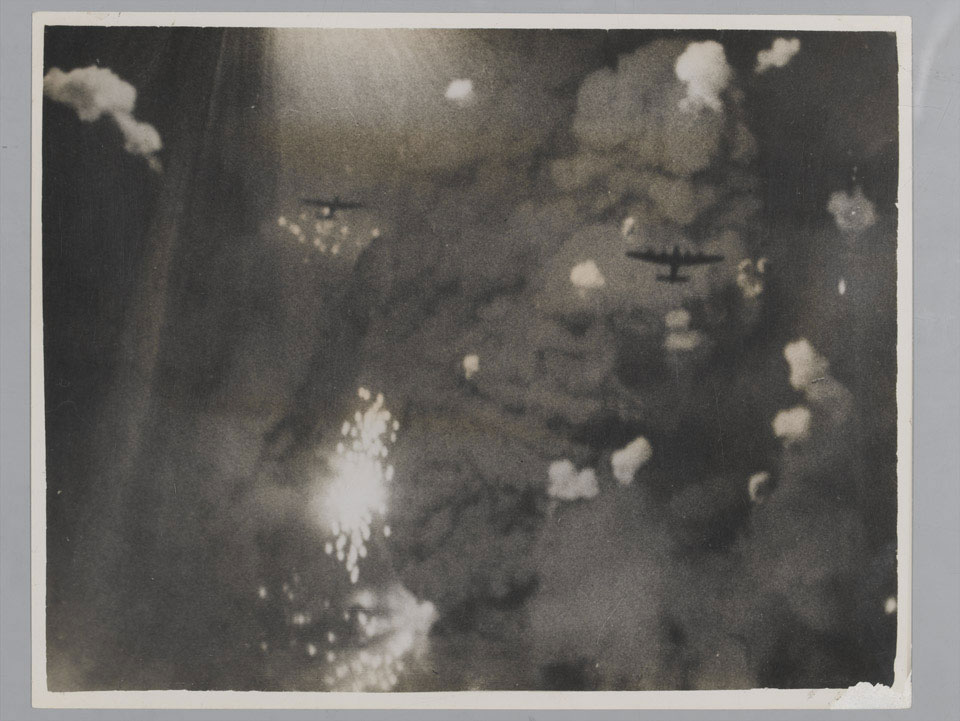 Bombers silhouetted against dense smoke clouds during the raid on Pforzheim, 23 February 1945

Two Royal Air Force Avro Lancasters, surrounded by bursts of anti-aircraft fire and silhouetted against dense smoke, fly over Pforzheim in southwestern Germany. The bright lights below the bombers are target indicators used to guide the 379 aircraft that took part in the attack. About 83 per cent of Pforzheim's built-up area was destroyed and over 17,500 people, over 30 per cent of the town's population, were killed.