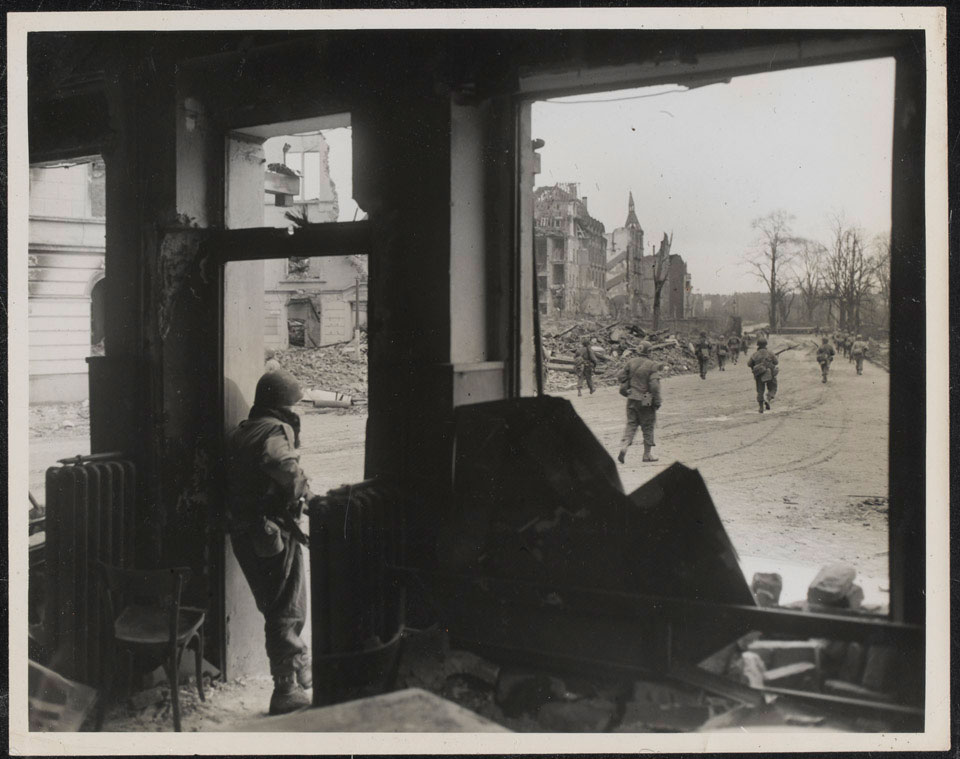 An American soldier watches a patrol moving towards the centre of Cologne, March 1945

Although the US 1st Army had captured the parts of Cologne on the west bank of the Rhine on 5-6 March 1945, the Germans had demolished the Hohenzollern Bridge before the Americans could capture it. However, the discovery of a partially damaged but intact bridge across the river at nearby Remagen by the US 9th Armoured Division allowed the Allies to secure a bridgehead and begin a full-scale crossing of the Rhine.