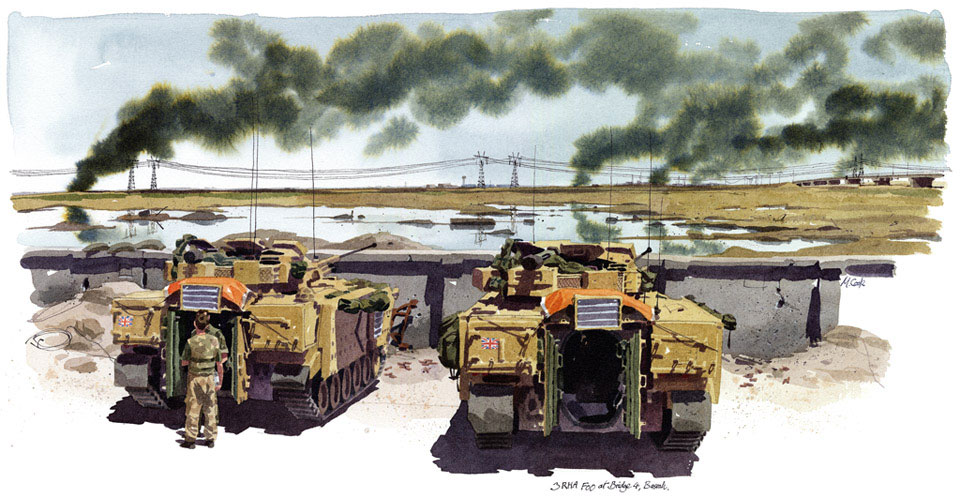 In March 2003 Matthew Cook was appointed war artist for 'The Times' and given a week to get ready for the impending war with Iraq. Already serving as a Territorial Army soldier, he also attended a short hostile environment training course before flying to Kuwait. He arrived with a number of other journalists and TV crews during the preparations for invasion.

These two Royal Artillery Specialised Warrior Observation Post Vehicles were spotting targets for AS90 self-propelled artillery guns based at Basra airport. The water tower at Basra Technical College is visible on the skyline at the centre of the picture. In the background, plumes of smoke from oil fires lit to obscure city targets fill the sky.