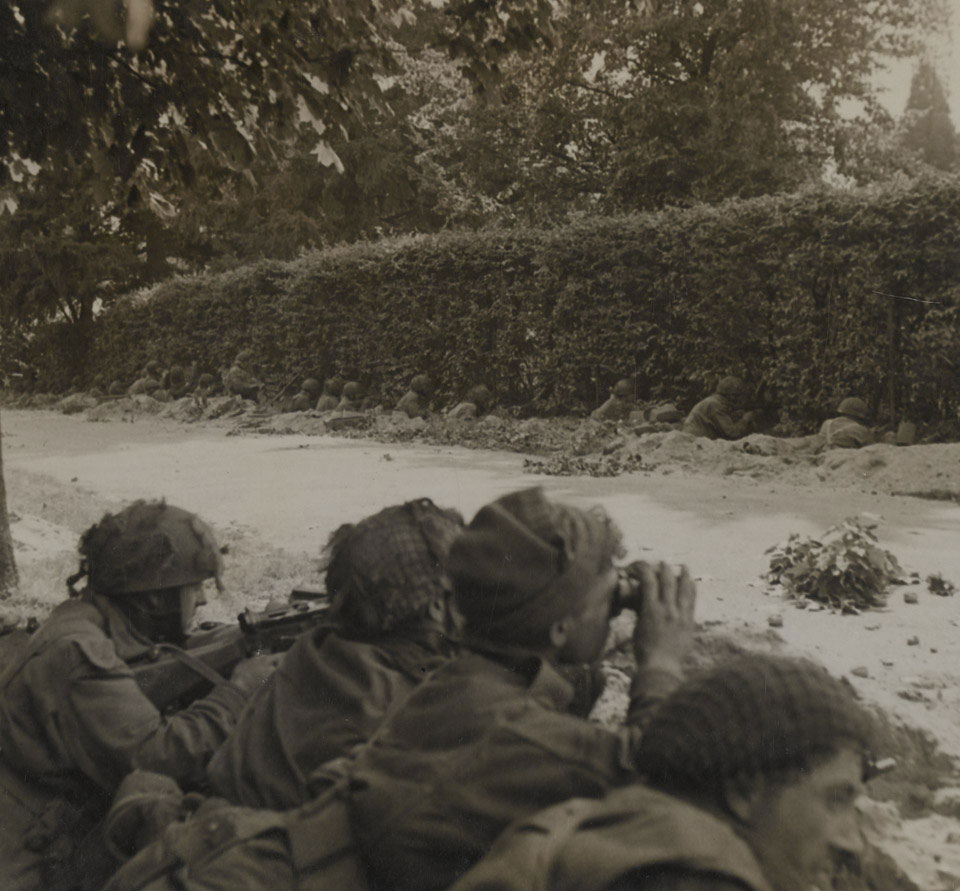 Men of 1st Battalion, The Border Regiment, waiting to repulse an attack, 20 September 1944

In July 1943 the 1st Battalion became the first British unit to join a major engagement by glider when it landed in Sicily as part of 1st Airborne Division. It then fought its way up through Italy, before returning to England in November 1943. There it re-trained for D-Day, but the regiment had to wait until August 1944 to deploy. It was air-dropped on Arnhem the following month and suffered such heavy casualties during Operation Market Garden that the battalion never saw action again for the rest of the war.

From a collection of 75 British official photographs relating to 1st Airborne Division at Arnhem during Operation Market Garden, September 1944.