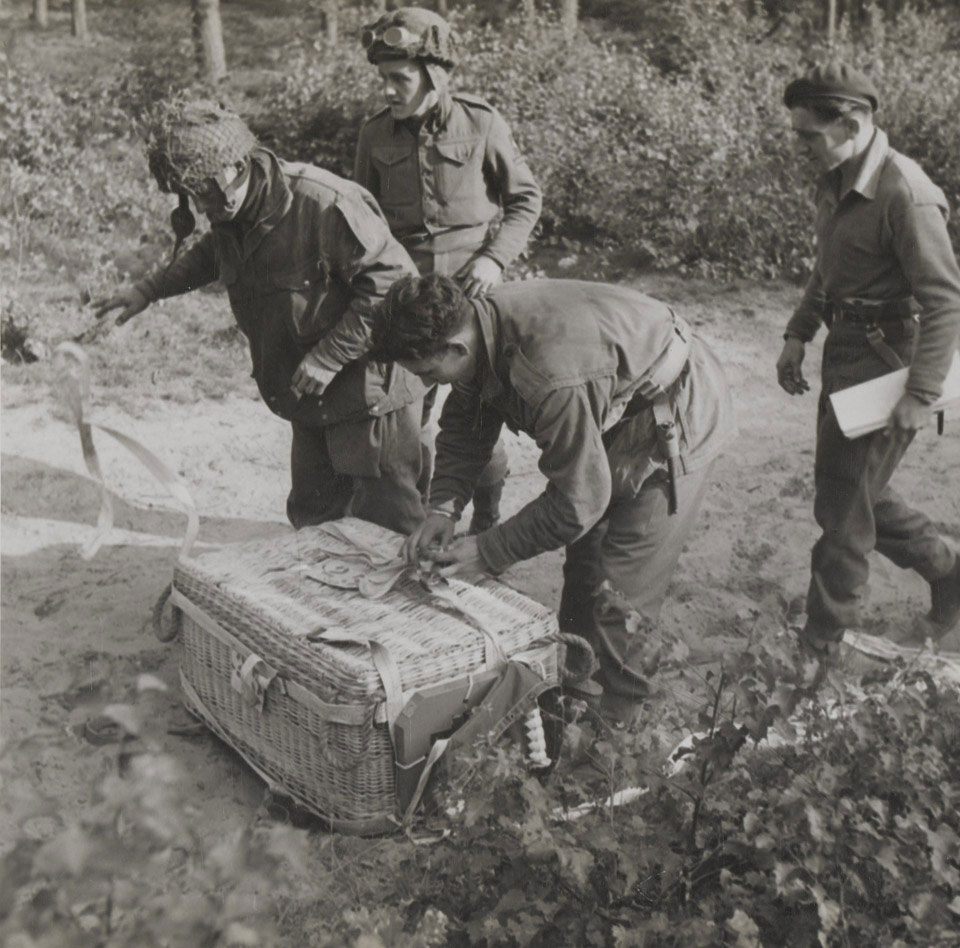 Ammunition and supplies dropped to the troops at Arnhem, 18 September 1944

British airborne soldiers unwrap a Parapack dropped on a resupply flight. Thick fog in England and low clouds over the battle zone at Arnhem hampered both resupply and the air lifting of reinforcements.

From a collection of 75 British official photographs relating to 1st Airborne Division at Arnhem. Associated with Operation MARKET GARDEN.