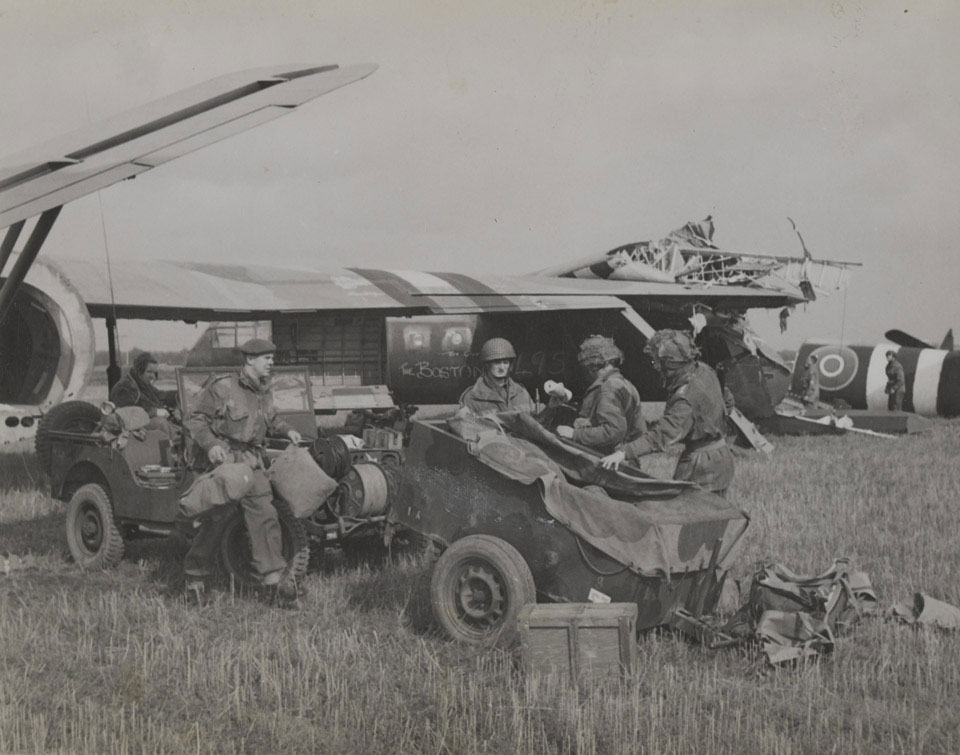 Paratroops of 1st Airlanding Brigade disembark from their gliders on the outskirts of Arnhem, 17 September 1944

In the summer of 1944 General Montgomery came up with a daring scheme to cross the River Rhine and advance into Germany. Codenamed MARKET GARDEN, his plan involved the seizure of key Dutch bridges by the 101st and 82nd US and 1st British Airborne Divisions (MARKET). Then the British 30 Corps could advance over them and cross the Rhine (GARDEN). On 17 September the airborne divisions landed by parachute and glider and eventually all the bridges were captured. The plan failed because of 30 Corps' inability to reach the furthest bridge at Arnhem, 100 kilometres (62 miles) away, before German forces overwhelmed the British defenders.

In fact 1st Airborne Division's landing zones were 11 kilometres (7 miles) from the bridge at Arnhem and only one battalion reached the objective while the rest of the division was squeezed into a pocket around Oosterbeek to the west. Much of 30th Corps' advance was along a single causeway, which was vulnerable to traffic jams and German counter-attacks that delayed the advance. Operations were also hampered by poor flying weather and communication failures. On 25 September about 2,100 troops from 1st Airborne Division were ferried back across the Rhine. Another 7,500 were either dead or prisoners.