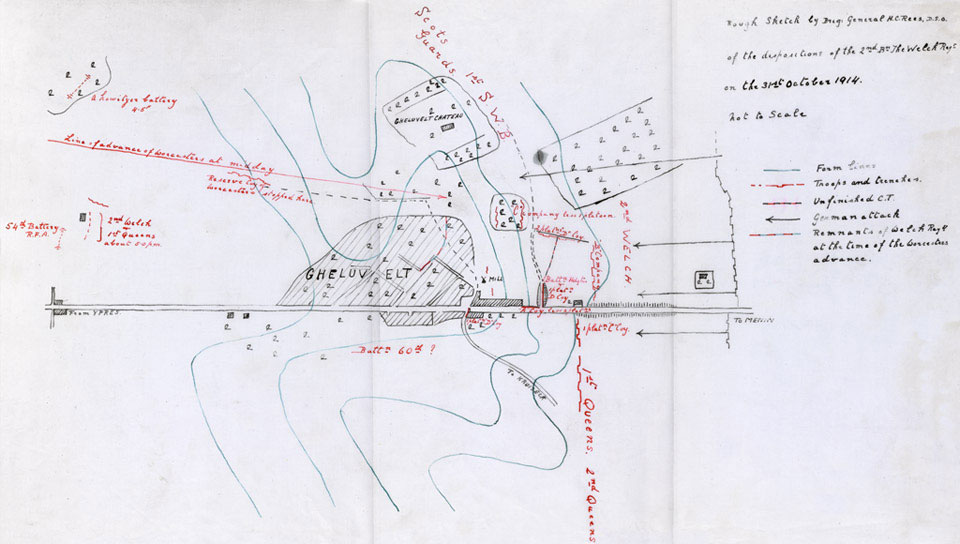 From 20 October to 22 November Rees' unit helped defeat a major German attempt to break through at Ypres and reach the Channel ports. One of the key engagements during the Ypres fighting was the Battle of Gheluvelt (29-31 October 1914), where according to Rees, 'the 2nd Battalion of the Welsh Regiment was annihilated' during a massed German assault. During the fighting his battalion lost nearly 600 men, with 16 officers killed, wounded or missing.